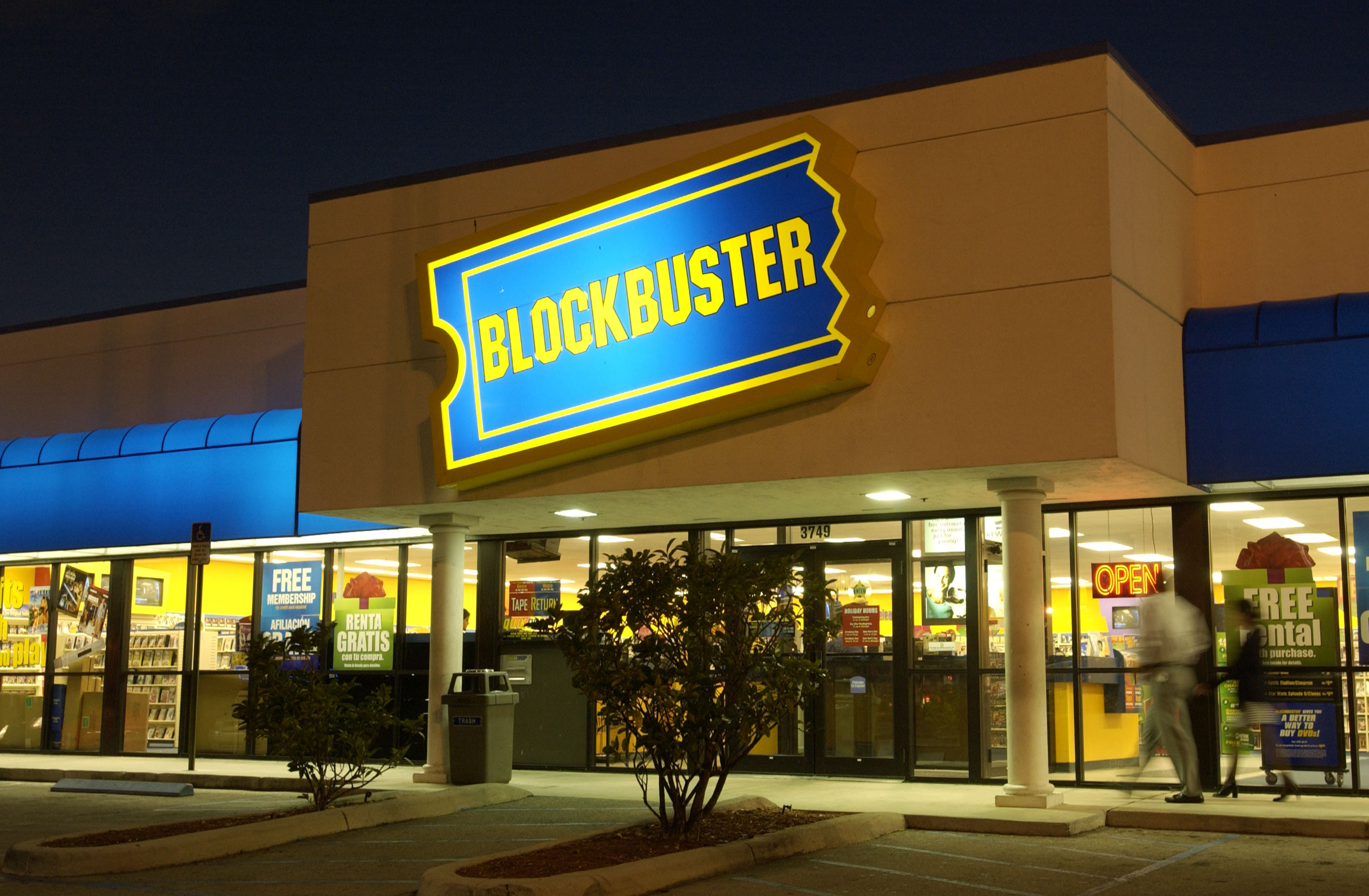 EDINBURG – Don’t worry about rewinding to avoid the $2 charge, y’all. It’s over. Blockbuster Video has closed its last Texas store, leaving only eight left in the whole, entire world.

The Blockbuster Video store in Edinburg, opened in the early 1990s, closed officially on January 21, according to valleycentral.com, but they opened up over the past weekend to hold a liquidation sale, allowing customers to stand in a long line and get a lot of harder-to-find movies and videos. Probably a nostalgic rite of passage and definitely worth the wait.

“If you would’ve come into this store on a Friday night 15 years ago, you would’ve seen this many people in here and they would’ve been running, talking movies and having fun,” franchise owner Alan Payne told valleycentral.com. “But, the last several years, everybody knows the business has been in decline, to the point that this was the last store left in the entire state.”

A viral video hit big a year ago, showing a Blockbuster store looking more like a ghost town.

Blockbuster closed many of its US and Canada locations as the company declared bankruptcy in 2010, after being outrun by the likes of Netflix and Redbox. A lackluster Dish Network attempt at buying and reviving the company resulted in nearly 3,000 remaining employees losing their jobs, about 300 more stores closing, leaving only 50 not shuttered.

And then there were eight. Do you still have your Blockbuster card? Collector’s item, maybe? Museum piece?

YONKERS, N.Y. (NewsNation Now) — Police and bystanders freed a baby stuck under a vehicle in Yonkers, New York Friday after an allegedly intoxicated driver drove through a barbershop and trapped the infant.

Video released by the Yonkers Police Department showed the incident, where the driver hit a parked car, then struck a woman carrying her child and drove straight into the barbershop with the woman on the hood of the car.

LOS ANGELES (AP) — Britney Spears’ new attorney petitioned Monday to oust her father from the conservatorship that has controlled her life and money for 13 years and replace him with a professional accountant.

Matthew Rosengart said in documents filed in Los Angeles Superior court that the current legal arrangement “has grown increasingly toxic and is simply no longer tenable.”

WICHITA FALLS (KFDX/KJTL) — The Olympics are in full swing and some of your favorites are already in the thick of it.

There's excitement for the events we all know and love from track to swimming and gymnastics, to those new favorites like skateboarding and surfing.

‘Hate the sin, love the sinner,’ Family remembers woman whose relationship with man ended in murder

Crowd stones Texas gunman to death after he kills 1, wounds 3

Texans in the Olympics: How and where to watch Tuesday’s events

Who will be the next chief of Austin Police Department?

Social media not as toxic as we think: Most posts ‘support’ causes rather than ‘oppose’ them, study finds

Fireball? Here’s what you might have seen flash across the Central Texas sky

Partly Cloudy Precip: 23%
Close
You have been added to Daily News Newsletter