Five-year-old Saige is done with brothers after one of hers (allegedly) threw dirt in her face, so she decides it’s time to move on.

Fourth St. James posted the video to YouTube with this description:

“My feisty five-year-old is upset with her brother so she’s moving on to live with my best friend, Jenn. In this video, she explains why.”

The video, posted April 15, has hundreds of thousands of views and has made little Saige an instant Internet sensation.

It all starts when Mom hits record on her cell phone and asks Saige, “What do you think you’re doing?” 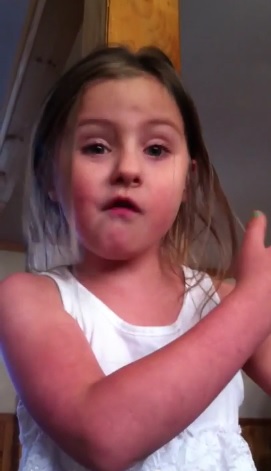 To which Mom replies (and you can hear her laughing as she answers), “No, you’re not.”

“Yes, I am! I’m moving on!” Saige tells her, with serious determination.

We feel ya, Saige.

“How long have you been here?” Mom asks.

Saige quickly does the math :) and tells Mom, “For like….. five years.”

Clearly, her mind is made up. 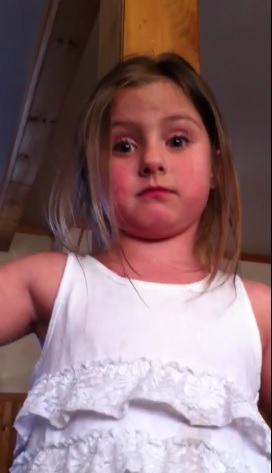 “I need to move on sometime,” she says.

You have to admit, she’s got a point.

“Why do you have to move on?” Mom asks for the third time.

Looks like Saige has thought this through. “I will make Jenn’s house as clean as I can make it,” she says. (You can come live with us, Saige! How are you with a vacuum cleaner and where do you stand on cat litter?)

That gets Mom on another question. “Well, why can’t you make my house clean as you can make it??” 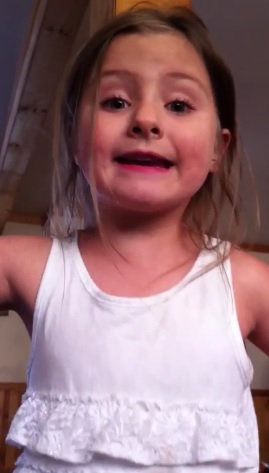 “I can make hers better than ours!” Saige says. Jenn is a very lucky soon-to-be-maybe landlord.

And Saige is clearly a traitor, albeit the cutest one ever.

But Mom still wants her house clean. “Well, why can’t you do mine?” she asks.

Pretty plain and simple, Mom. “Cuz, I don’t live here!” Saige tells her. “This is way dirty and you have no space!”

But she’s not done with her criticism. “My bedroom is a disaster, I have no room, and I can barely have room to put my stuff,” she says.

Amazing how long five-year-old kids can wave their arms emphatically for so long without tiring. 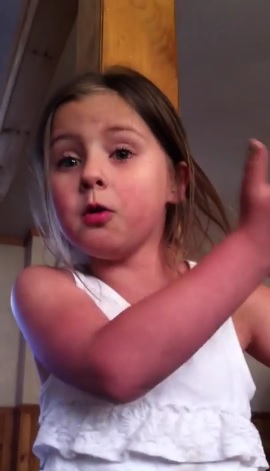 “What are you going to do at Jenn’s house?” Mom asks.

“I’m going to miss you and I love…” Mom starts. But Saige is not done.

Technically, we still don’t know what triggered Saige’s wanderlust. But then, another character enters the story.

“If Tanner wants me to move, I’m moving!” Saige says. 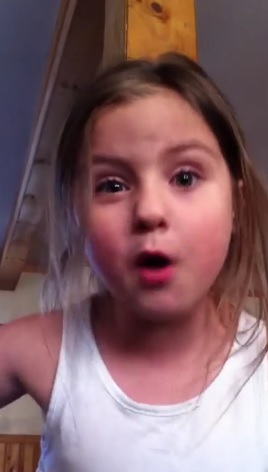 NOTE: Saige never really yells; she has a determination in her voice, but never a temper. (Not like we’ve seen from a lot of five-year-olds. Or adults, for that matter.)

“No, you’re not. You’re staying with your mommy,” Mom explains — or tries to.

Now, Saige is forced to use serious, lawyer-like hand motions. “NO. I am going. There.”

But… what about Dad?

“What do you think Daddy is going to say about that?” Mom asks.

Poor dad. How will he cope without all the banter? 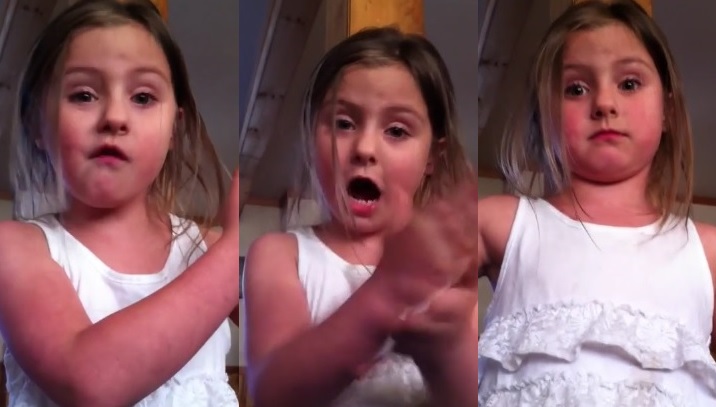 But you know what? Saige is thinking, ‘Tough. You should have thought about that when you decided to have Tanner.’

“Okay. Okay,” comes out of the mouth of a suspected brother. Tanner, perhaps?? Tanner seems to be okay with his sister leaving home.

“When do you think you’re doing this?” Mom asks.

“Well,” Saige answers, “probably after tomorrow.” So at least there’s time for goodbyes.

Mom tells her the downside one more time. “Um, but, I’m going to miss you.”

Saige moves her face much closer so maybe Mom will finally get it, and says, “I don’t care. I’m gonna move on. I’M MOVING.”

Mom calls on a witness, asking, “Tanner, what did you say to make her mad?”

Yeah, Tanner. What in the world did you do that unleashed this tiny rage?? 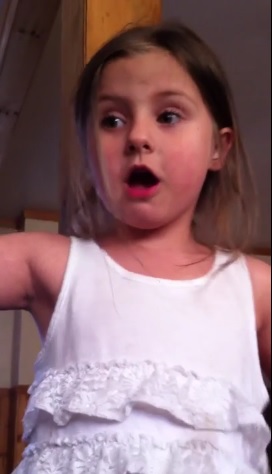 “He was throwing dirt at me, Mom!” Saige says. Loudly, with ‘tattletale’ written all over her precious little face.

Tanner giggles. Obviously, he’s guilty. And in a little trouble.

“He threw dirt!” Saige says again, just in case you can get scolded more than once for the same crime. 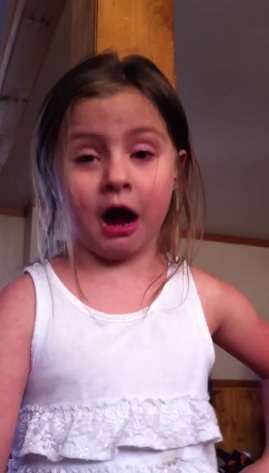 “Guys, stop talking, Jaden and Tanner!” Saige yells at giggling creatures off camera. Perhaps a multitude of brothers is what has led her to her self-proclaimed emancipation.

Mom is ready to settle this. “Listen, listen. Just because Tanner’s mean to you doesn’t mean that I don’t love you,” she says. What a great mom!

But it’s too little, too late. 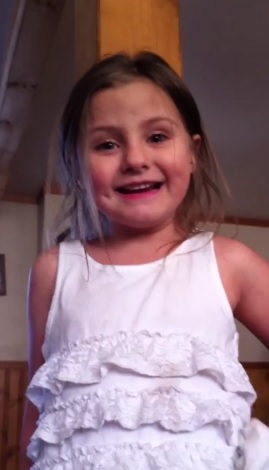 PERSON COUNTY, N.C. (WNCN) – A North Carolina woman celebrated her 100th birthday by getting arrested and going to jail.

The Person County Sheriff’s Office helped Ruth Bryant check an item off her bucket list by arresting her Tuesday while she was enjoying a birthday lunch at her assisted living facility.

From hopeless to empowered: Pearline Harper and the fight to save residents from eviction in West Dallas

For a Good Cause: 6 DFW Charities that Make Giving Back Super Social