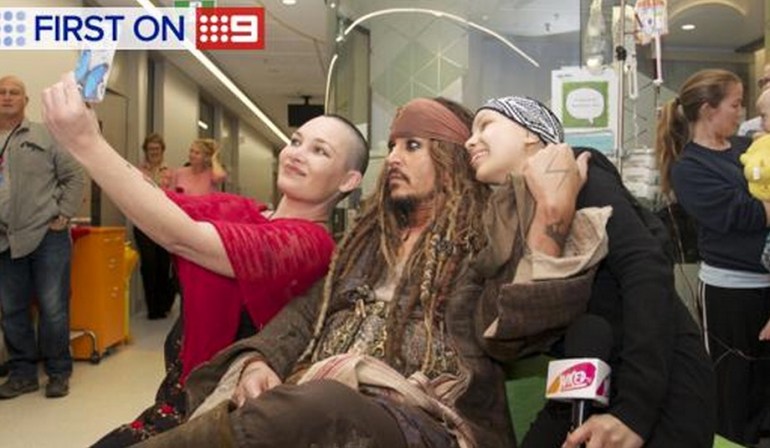 Brisbane, Australia — Johnny Depp, who is in Australia filming the latest “Pirates of the Caribbean” film, took some time to visit a children’s hospital dressed as Captain Jack Sparrow.

Depp remained in character the entire time during his visit to Lady Cilento Children’s Hospital in Brisbane. A local TV show in Australia shared photos of the visit.

So my nephew got to meet johnny depp in hospital today. Almost a month in hospital and this happens. @realdepp pic.twitter.com/DG1AYkaiCd

Huge thanks to
@childrensorgau and crew for organising this magical visit, all initiated by Johnny & Stephen pic.twitter.com/hcT5DfWkc8

“It was really beautiful. Everyone kept on trying to move him on, but he kept on coming back” to be with the kids,” a mother told ABC.net.

The 52-year-old actor explained during a 2013 interview that he travels with his Jack Sparrow outfit even when he’s not filming.

“Sometimes you go to kiddie hospitals and things like that,” he told E! Online. “I’ll just sneak in and go and surprise a bunch of kiddies through the different wards … It basically turns into a two-, three-hour improvisation and it’s really fun. So I travel with Captain Jack.”

“Pirates of the Caribbean: Dead Men Tell No Tales” hits theaters on July 7, 2017.