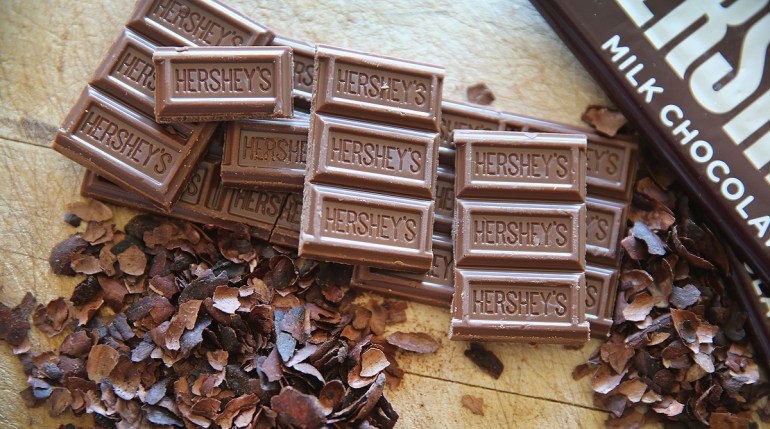 It’s what every young child looks forward to: going to the store and getting a delicious Hershey ba…. wait. Not so fast. We’re talking about Hershey’s blueberry barbecue beef bar.

Yeah, we said barbecue and beef while talking about a candy bar king.

Yes, that’s a meat bar, though “we aren’t going out there saying it is a meat bar,” a Hershey’s marketing VP tells the Wall Street Journal. (Probably a solid reason for that.)

The chocolate king’s line of Krave protein bars, which debut in August, are geared toward the health-minded. “It is a very low calorie, high protein choice,” Shane Chambers, the GM of Krave Pure Foods, told Food Business News last month.

“It is all natural, has no preservatives, and features additional ingredients like fruit and ancient grains, like quinoa,” continued Chambers. The Journal points to a slew of data that suggests the move is far from a fool’s errand: Market-research shows chocolate sales are slowing — and sales are less than half of meat snacks.

So there you go.

And Quartz reports there are new challenges among the chocolate set itself, including rising costs, heightened competition, and more consumer interest in “higher-end companies” with a “smaller-batch feel.” (Hershey’s Kisses underwent a major change in October.)