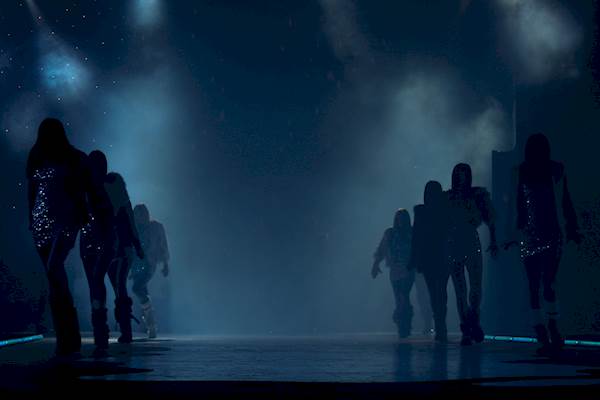 Models. We see them on the cover of magazines and in commercials. We follow them on television shows and social media. We adore them because they are the icons of beauty, fashion, and poise, but who are they really? More importantly, where are they from?

As any Dallasite knows, everything’s bigger in Texas, and that includes the stardom heights of our models. Let’s take a look at 10 models from Dallas who not only made it big but made it doing what they love.

Dallas-born Baywatch actress Brooke Burns began modeling after her 12-year ballet career was ended due to a torn anterior cruciate ligament. Gorgeous as a brunette or a blond, Burns has been acting since 1998, and in a fickle acting universe, has managed to continue her acting career for nearly two decades.

THANK YOU @newbeauty ! I LOVE your magazine & am thrilled to be in it! 😘😘 https://www.newbeauty.com/blog/dailybeauty/9443-angie-harmon-shares-beauty-and-body-secrets/ #grateful #beauty #OOTD @ManoloBlahnik @marni pants @MichaelKors sweater

From Baywatch Nights to Law & Order to her current role on Rizzoli and Isles, Angie Harmon is well-known for her acting. What isn’t often mentioned in her many accolades is her start as a model when she won a Seventeen modeling contest. This Highland Park Greek beauty has been on the covers of Elle, Cosmo, and Esquire, and strutted runways for Calvin Klein, Giorgio Armani, and Donna Karan.

New campaign for @AttributeLondon. Go to the website to see the two styles I've designed, the Patti boot and Nick mule.

Born in 1982, 34-year-old Erin Wasson has had the modeling career most models dream of. Wasson has walked runways all over the world for numerous top designers, been part of a Victoria’s Secret Fashion Show, appeared in advertising campaigns for some of the most elite brands, and acted in several films. She also recently launched her own line of jewelry. The best part?  She’s from Dallas — Irving to be exact.

Dallas hometown girl Roxanna Redfoot had an awkward start. A self-proclaimed tomboy, she didn’t start modeling until she was 21. Within a few years, she was an internationally-accepted model and has modeled all over the world for some pretty flashy brands. A surprising aspect of this beautiful woman is her love of hula hoops and science.

A Plano East girl, Kaylin Rogers is a newer face to the modeling world. Regardless of her beginner status, Kaylin’s Calvin Klein campaign has been featured around the world and has walked international runways. One of her most notable achievements was her representation of the USA in the Elite Model Look world competition in China.

Twenty-year-old Alex Elizabeth has modeled a little bit of everywhere, including Paris and New York City. The Dallas model has been in several prestigious magazines, particularly Vogue Italia and Vogue Paris.

A post shared by sophie katherine jones (@sophiekatherinejones) on Jul 7, 2016 at 2:34pm PDT

Dallas native Sophie Katherine Jones has been seen in WWD, Elle Japan, and other magazines. She has walked Paris Haute Couture, modeled in Milan, done runway for Calvin Klein, and been seen in shows wearing clothing by Alexander McQueen, Viktor & Rolf, and other designers. She was profiled on Vogue.com in 2014 as one of the new faces “set to take over the industry,” and so far, she’s proven they were right.

Though she started out in competitive sports such as gymnastics, cheerleading and ballet, Victoria Monette was modeling at the age of 15. Even though it had repeatedly been proven that she is perfect for the camera, Monette wanted the high school experience and stayed a part-time model until she graduated. This gorgeous Dallasite has worked internationally and is currently signed with seven agencies worldwide.

This Dallas beauty is Drea Grady, yet another global model who hails from Texas. Seen on runways such as Calvin Klein, and in various shows and magazines. Eclectic in her personal style, her personality shines through her photos and social networks.

Massively talented and agelessly beautiful, Chandra North was born in Dallas in 1973. She began modeling in the early 1990s, and was featured in the 1995 Sports Illustrated Swimsuit Edition. A professional ballet dancer, North has modeled in Paris and New York City, hit the runway for Christian Dior, DKNY, and Chanel, and been the cover model for Vogue, Elle, and others.

COVID hits one of the planet’s last uninfected places

MCU star was at anti-vaccine-mandate protest in DC

Are your favorite songs too distracting?

Do you experience cute aggression?

What doesn’t kill you doesn’t make you stronger

Your shower could be making you gain weight. Here’s …

Why are you always so tired on vacation?

President Biden will pick a Black woman for Supreme …

COVID hits one of the planet’s last uninfected places

MCU star was at anti-vaccine-mandate protest in DC

Things to do in Arlington in the last weekend of …

Morning After favorite recipes for the holidays

Janet Jackson’s Ex-Husband Claims They Have a Secret …