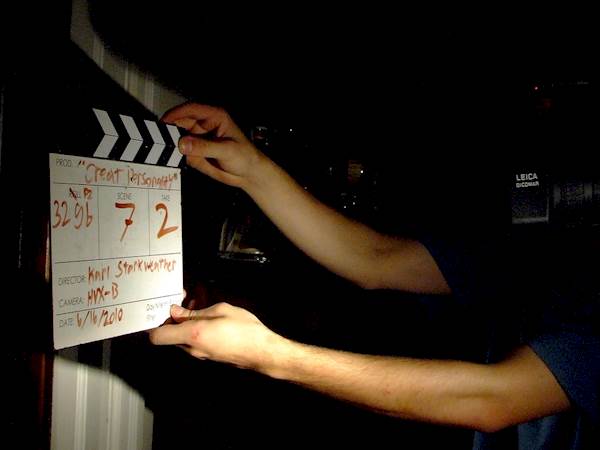 You asked for it, and we delivered.

Following up on our latest segment on Dallas producers, this time we’re taking a look at Dallas actors.

We have so many wonderfully talented individuals in our city that this list was hard to create, and in no way encompasses the mass of actors that we looked at. However, we had to give you a taste of the Dallas acting scene, and this it.

The Biggest Name That Isn’t

Probably the most known actor on this list, particularly by sight, Glenn Morshower is a Dallasite who has acted in a bit of everything, including Transformers and Supergirl. He is one of the most supportive talents in Dallas, and attends acting camps and classes to give talks and tips to any and every hopeful in the area. Somehow, even though he is a prolific talent, a humanitarian, and a Dallasite to boot, he isn’t one of the biggest names in the business. This is something we definitely feel should be changed.

Being an army brat, Craig Cole lived a bit of everywhere, but he touched down for high school in Arlington, and now lives in Dallas. He played football, achieved several league records, and did a few commercials, which turned into more commercials, and those 50 some-odd commercials turned into acting, acting, acting. He’s worked with the big names, and the small names, and after all of that, he’s still a Dallasite living right here in town.

Although he was born in Mexico, Gerardo Davila grew up in Garland. He’s been a rapper, a television personality, a stage performer, and co-starred in multiple television shows. We’ve seen him in Sleepy Hollow, Prison Break, and Friday Night Lights, to name a few. That said, even though he has abandoned the Ball for the Hollywood sign, we still recognize this Dallasite’s success and tip our hats to him.

Dallasite Rebekah Kennedy has been acting for most of her life. She started at age 12 on the theatre stage, and dived into screen acting when she received her B.A. With short and independent films under her belt, she landed some incredible roles, one of which was in Season of the Witch, starring Nicolas Cage. Her iconic profile and youthful looks allow her to play much younger roles than her actual age, making her a timeless Dallas actor who should be well known by now…but since she isn’t, hey! Look at Rebekah!

Although relatively unknown two years ago, Nykol Harris hit the ground running, and is quickly racking up the acting credits. Having performed in three films in the past two years, this lady is currently in production for a fourth. We are expecting this Fort Worth born Dallasite to do big things.

It’s easy to see why Kim Foster is making movies. She’s gorgeous with striking eyes and a singular look. But the best thing about Kim is that she’s a Dallasite with big dreams, and serious grind. We’ve seen her career leap from relatively unknown to, “Hey, I think I know you…don’t I?” It’d be nice to see her move up to, “That’s Kim! Selfie with me?”

If Krishna Was a Girl

With a classic profile and a winning smile, Krishna Smitha is yet another Dallas-born actor now living in Los Angeles. However, her acting career (which spans from her debut in 2011) has continually progressed over the years, beginning in Dallas. From monologues to improv, movies to shorts, Krishna is a name that needs to be well known, not only for its Hindu religion but for this talented actress.

We haven’t seen much of him in the past couple of years, but we know Dallas native and resident Andrew Worley is sure to make his mark on the screen when he is called for a casting. That said, make some more calls, people. We like to see Andrew at work.

Those eyes and that face belong on the big screen. Thankfully, Kelsey Crane has the talent to actually make that happen. Even though this Dallasite now lives in sunny California, she returns home quite often, and we don’t blame her for trying to make it where the acting is plentiful. Although her roles have varied from small to large, even in the tiniest of appearances, Kelsey has shone like the star that she is.

The past two years were good ones for Maya Debruce, a Dallas-based actor with a winning smile. Not only did this elegant lady act in several movies, but she modeled for several designers and photographers, as well. We won’t go as far as saying Maya is a relatively unknown, but we will state that she is yet another Dallasite that should be known.

This year and last were busy years for Kyle Roark, and he has the credentials to back it up. With over a dozen films he’s acted in just the past two years, we expect Kyle’s reputation to soar. However, if it hasn’t or isn’t, this is our poke at the industry. Take a look at Kyle.

Stuntman, producer, director, editor, actor…you name it, Todd Jenkins has done it. He can play a clean-cut businessman or a rugged outdoors man, tell you how to shoot a scene, or write the script for it. With credentials like this, it’s easy to see how Todd should be (and likely will be) one of the biggest names in the business. Of course, the best part is that he is one of Dallas’ very own.

An actress and producer, Genine Ware is a fledgling beauty with soulful eyes and flawless skin made to be in front of a camera. Although talented in her own right as a producer, it is a pleasure to watch her act. That being said, this Kansas girl turned Dallasite is a name that we wouldn’t mind being linked with.

Sanya Kongdara doesn’t have all that many credits to his name, but the ones he does are heavy hitters. Having acted in Captain America: Winter Soldier, the Fifth Wave, and others, we expect this health-conscious Dallas native to do big things in the future. Did we mention he does stuntman work as well? Yet another multi-talented actor.