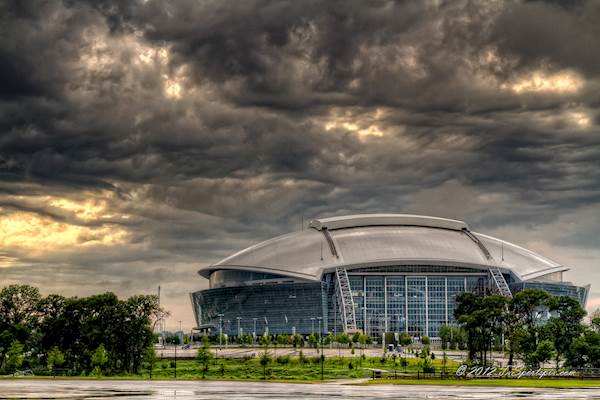 Summer has officially ended, and here in DFW, we’re always glad to see fall arrive. Flavors and festivals fill our bellies and calendars, and the entertainment’s something to look forward to as well. Check out these 15 things that make fall DFW’s favorite season.

Is it Over Yet?

But really y'all…we could not be any more PROUD of our admirable city leaders! And know that many around our country feel the same way. Should we bring this shirt to print?! 👍🏼or 👎🏼 #unitedallas #bullzerk #screenprinting #dallastshirt #dallas #dpd #2016election

In DFW and the rest of America, we’re just about ready to put this presidential election to bed. Once autumn arrives, we know we’ve reached the final countdown. This clever t-shirt from Bullzerk makes a positive political statement (for a change) and you can find fun Dallas and DFW-themed tees there all year long.

And we are tied. Thank you #Lucroy! #rangersscoreboard #baseball #rangers

Fall means baseball division championships and it looks like the Texas Rangers might clinch the American League West. If they do, look for full stadiums at Globe Life Park. Are they World Series bound? Let’s just keep saying #HelloWinColumn for good luck.

#fridaynightlights … Yeah this is a high school football game – not college. Wowsers

Fall brings high school football, and high school in Texas is practically a religion. More than one high school team in DFW has its own stadium. Around here, we don’t need stadium blankets till the end of the season, if at all, but we still love our autumn nights under Friday night lights.

Fall is festival season in DFW, and you’ll have plenty to be festive about. Whether you want to stay close to home or get out of town, you’re likely to find a fun fest or two every single weekend. For lots of art, a little local music, and plenty of festival food and drink, check out the Cottonwood Art Festival, October 1-2 in Richardson.

Addison’s Oktoberfest happened before fall officially arrived, but several DFW cities host Oktoberfest events of their own. In Denton and in Southlake Oktoberfest actually happens in the month of October. T & P Tavern and Rahr and Sons Brewery host their own events, and there’s a long lineup of craft beer events in DFW this fall.

🌮GIVEAWAY TIME🌮 Let's taco bout your plans for #CincoDeMayo! Join us this Thursday for $2 Tacos and $4 Margaritas and $4 Dos Equis from 4pm to close! Tag 2 friends for a chance to win a $25 gift card!

Quite a few of the DFW area festivals center around food. There’s a Veggie Fair, a Peanut Festival, a Food Truck Palooza, and best of all, Tacolandia. We’re pretty sure that one will have a #TacoTruckOnEveryCorner.

In DFW, our hankering for fried food and midway rides starts ramping up in the summer. By the time fall arrives, we’re almost frantic, waiting for the State Fair of Texas to arrive. Look for every imaginable good thing, all in one place, at Fair Park from September 30 through October 23.

The State Fair of Texas offers daily entertainment and activities — shows, rides, games, cooking demos, arts and crafts and lots more. Yet we think people would still show up if the only thing offered was corny dogs. If you’re not aware that there’s nothing like a Fletcher’s Corny Dog, it’s clear you’re not from Texas.

Pumpkin, sweet potato, cinnamon, nutmeg, apples — these are just some of the flavors of fall we look forward to each year. And whether or not you’re camping, it’s time to bring on the s’mores! Brussels sprouts and cabbage are fall flavors too, but we don’t have to talk about that.

To some people, pumpkin spice is the reason for the season. Put it in a latte, and you’ve got something addictive. Of course, if you’re not up for a hot drink, you can find other pumpkin spice novelties all around you. From cookies to pudding, to cereal and even chips — it’s all there for you if you want a taste.

Halloween lovers can probably celebrate for an entire month with all of the haunted houses and spooky places around DFW. You’ll find lots of kid-friendly Halloween events around here too — from spooky to not-even-a-little-bit scary.

Shakespeare in the Park

Meet Lady Macbark! Life isn't so ruff for this pup. You still have until September 9th to enter your pet in our #bardsbestfriend photo contest!

You have to really love Shakespeare to go to Shakespeare in the Park’s summer season. But in the fall, and it’s fun whether you get the play or not.

@governorperry, your enthusiasm is one of a kind! Great job, #TeamDanceForOurVets. #DWTS

Fall TV is must-see TV — Game of Thrones, The Voice, Pitch, Black-ish, and The Good Place, to name a few. In Texas, everyone has an extra reason to watch this fall. Rick Perry, the longest-serving governor in Texas history is putting on his two-stepping shoes for Dancing With the Stars. We’re not expecting a record-setting run on the dance competition show, but there are still great fall shows to watch after he gets booted.

Sure we mentioned pumpkin spice latte, and the state fair, and even high school football. But for lots of folks in DFW, the Dallas Cowboys are what keeps us looking forward to fall every year. We predict their season will be as unpredictable as every other one that’s gone before, but that’s never stopped DFW fans from rooting for their team. You can call it football season if you want to — around here, it’s Cowboys Season, and we’re not sorry!

Dog has first case of coronavirus in Texas animal