If your mother-in-law is or was a handful, know that you are NOT alone. We took social media and slightly beyond to ask the brave for a few tales from their MIL diaries. In the interest of world peace, all contributors are anonymous.

We’d love to hear — and let’s face it, laugh at — your MIL horror story! Submit at the bottom of this post.

“My husband’s parents told me when we first got married I was not the daughter-in-law they had hoped for.”

“From the very beginning she automatically told me that he shouldn’t be dating me because he is too good looking of a man to settle for me.”
via Reddit

“After we had got engaged she would try and hook my husband up with all her friends daughters.”

“The day before my husband and I were to get married, my MIL told her son that it was a bad idea to get married to me and that I ‘had no respect for’ his family! We were already planning on getting married when we found out I was pregnant with our daughter, and she still decided ‘it’s a bad idea.’ So we got married without any of his family present!”

“She hated everything I did.”

“My mother-in-law shamed me for getting my wife pregnant…yet she complains she doesn’t have grandchildren!!”

“After we were dating about 4 months:
ME: ‘I’m going to run to the ladies’ to freshen up my makeup before we leave for the party.’
(I return 5 minutes later)
MIL: ‘I thought you said you were putting on makeup??’”
via Reddit

“She always has Jell-O shots and hash brownies. We couldn’t take the kids with us to visit because it was just too hard to explain that they could not have the Jell-O and they could not eat a brownie.”

She’s good to you, but not your spouse (who, yes, is usually her own flesh and blood)

“She was hard, but she also liked me more than she did her son… by a long shot.”

“I have to say I don’t have any mother-in-law complaints. She liked me better than she did my husband.”

“My still-newish gf at the time had received a car from her mother/my MIL. On a visit home, her mother got mad about something and took the car back. Okay, that’s kinda nasty, but not evil. To get her home, though, she was placed on a bus that evening. At around 2:00am I got a call from my gf that she was sitting at the very seedy bus terminal in Providence, RI (the closest stop to home), with her luggage. This was when cell phones were new and neither of us had one, so she couldn’t let me know to be there waiting for her. She had to wait there for 30 minutes for me to get there and pick her up after she called. Seriously, who would put their daughter in that kind of situation, no matter how angry they were?
via Reddit

“She is coming to visit for Passover. I’m not Jewish. Should be fun.”
via Reddit 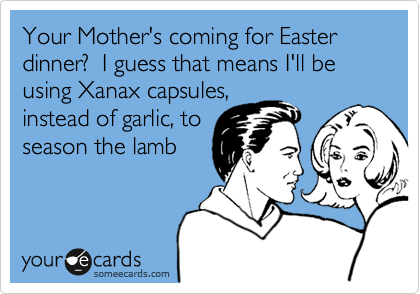 “She decided we needed a piano, without even asking if we wanted one, and had it delivered to the door — with her videotaping it all. I was livid. We had absolutely no room for a piano but what are you going to do when it is at the door?”

“On the day of our wedding we were taking photographs outside the church with the photographer we hired for $2000. We had planned what photos we wanted since we had limited time. There was one with us and my side of the family, one with us and her side, one with us and all the grandparents, etc. In the middle of it all my mother figures this is a great time to get a photo of “just our family”, which she still defines as her, my dad, my sister and me. So she asks the bride, my wife, to step out of the picture.

My mom shooed away my wife, making the bride cry on her wedding day.”
via Reddit

“I have a friend whose MIL told her she would handle hor dourves for the wedding reception. When the bride got there, she saw they had Vienna sausages and potted meat spread on Ritz crackers. They almost got divorced at the reception. His mom did it deliberately. She thought the bride was white trash and they would never stay married. It was a deliberate stab, but I always thought the bride should have asked more questions in advance. True story.”

“MIL to room of 9 family members, 4 being my children and spouse, at Christmas:
MIL: ‘I was thinking of taking everyone to the theater to see a play this Christmas. What do you think?’
Me: ‘Sounds like a great idea.’
MIL: ‘Oh, you are going, too? I guess you could come as well.’”
via Reddit

“My ex MIL gave me a purse from Goodwill for Christmas. The problem was that it had dirt inside. She would also leave dirty sheets on the bed whenever we visited her. By dirty, I mean dirt and grass left in the sheets.” 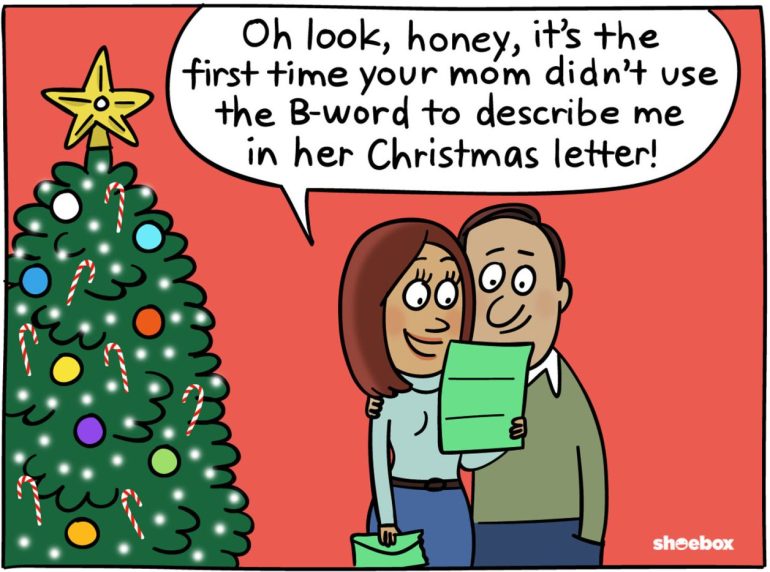 “After a trip, my MIL stopped by our house from the airport on her way home. While my husband stepped away to get her a drink, she asked how the kids were. She stops mid sentence and says to me, ‘You got your hair cut. You look like a boy.’ I was stunned. As my mind reeled from yet another zinger from her just out of earshot of her son, my husband, I yelled to him, “Your mom loves my haircut! She thinks I look like a toy!”

“Almost 5 years ago my husband died from ALS at a young age. Over the course of our 20 year marriage we both totally disliked cut flowers and never gave each other cut flowers. Cut to his funeral, weeks before while planning it, telling his mother that her son and I hate cut flowers especially red roses. Cue to the end of the military ceremony, when everyone was to quietly talk or go home. My MIL pulls out 2 dozen huge red roses and starts passing them out for everyone to put next to his urn. She pushes these roses on our kids to ‘show respect for your father’. All 3 look at me with such surprise, because they knew about our hatred of red roses. I nodded ‘just do it and we’re leaving’. She was told by me firmly and nicely and also by my best friend that roses were not wanted let alone any flowers. Any time I see a red rose, I want to shred it and stomp on it.”
via Reddit

“When she walked in right during the grand finale of highly intimate relations.”

“One day I was home cleaning while my husband went golfing. I had my daughter with me upstairs, as well as my MIL. When I saw my husband coming in the door, I picked up my daughter (who was one, BTW) and leaned her over to wave down to Daddy. My MIL started freaking out and saying, ‘I swear, if anything happens to that baby, it will hurt me more than it hurts you!’ Who the heck thinks that is okay to ever say to a mom?”

“Last night my mother in law wandered into our bedroom at 2 a.m. drunk and thinking she was in her room. She turned on the light and got angry at us when we yelled at her to get out ( we share a bedroom with our 6-month-old).”
via Facebook

At least Grandmothers-in-Laws are funny
GMIL was visiting today and said, “Did you know today is Earth Day?”
ME: ‘Oh yeah. I’d almost forgotten.’
GMIL: “I saw it in the news, it’s just a bunch of people getting together and smoking the marijuana. They should be arrested! Out in public like that.’
I just said, ‘Mmmhmm.’ Pretty confident she got 4/20 and Earth Day mixed up. 😂
via Reddit

But then something funny happens

“A few years after my divorce from her son, she started treating me like an old friend and we have been on good terms ever since. She even told me she loved me, which is something I never thought I would hear.”

Happy Mother’s Day to all you MILs! Let’s make this list a lot shorter next year!

A summer makeup look that will work from day to night …

This Texas lake retreat will make you think you’re …

Here’s what you can eat at Dallas celebrity chef …

Top disco spots in Dallas to get your groove on

Here are the best places in Dallas to people watch, …

USPS stamp prices are about to go up

Best place in Dallas to get a seafood boil, according …

Here are the best places in Dallas to people watch, …