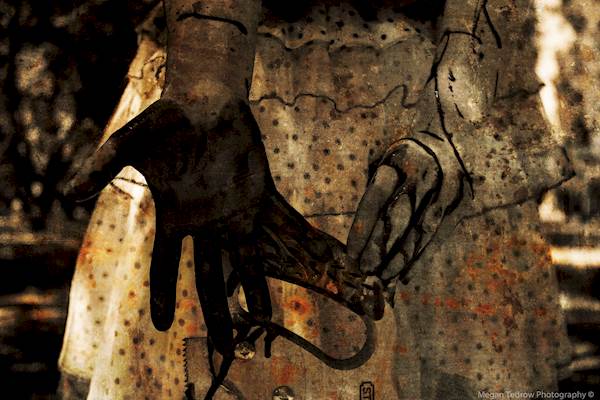 Whether it is the Phantom Killer, The Sunday Morning Slasher, or the Killing Fields, Texas has a dark history of serial murders and killers.

Many occurred in our big cities: Houston, Dallas, and San Antonio, to name a few, but some were the terror of small towns and neighborhoods. All of them were gruesome or spine-chilling.

It’s Halloween season, and we’re all ready for the possibility of fear, but are you ready for the reality of death and murder in Texas? If so, read on for a comprehensive list of serial killers spawned in our state, where everything, including murder, is bigger.

Juan Rodriguez Chavez, also known as the Thrill Killer, was responsible for eleven killings that occurred over a five-month period in 1995 in Dallas County. He chose his victims at random, though five of the murders occurred during the first 24 hours of a crime spree involving stolen cars, vendettas, and security officers in the wrong place at the wrong time. Thankfully, Chavez was caught and ultimately executed by lethal injection in April of 2003.

Dean Corll, and two teenage accomplices who were paid $200 per victim, were responsible for the deaths of 28 (officially, unofficially 29) young men, mostly teens, who Corll raped, tortured, and murdered in Houston in the early 1970s.

Corll, the owner of Corll Candy Co., was an army officer and radio repairman at Fort Hood prior to being honorably discharged to help run his family’s business. He gave out free candy to teenage boys, and under the temptation of this sugary offering, would lure victims to his home where they would be handcuffed to his torture board. After assaulting the teenagers for days, he would kill them, either by strangulation or gun shot.

During his last abduction, one of his accomplices shot and killed the Candyman, leaving one surviving victim, one of the only females he ever abducted.

Faryion Wardrip, a Wichita Falls native, was one of the terrors of the 1980s when he went on a killing spree that involved the rape and murder of five women. He only confessed to one killing, that of his last victim, Tina Kimbrew, whom Wardrip stated he killed because she reminded him of his ex-wife.

Like another killer on this list, Wardrip was eventually paroled, but a cold case detective managed to pin the deaths of three out of four other cold case files on Wardrip using DNA evidence. When interrogated, Wardrip confessed to all four, and remains on death row, awaiting appeals.

The story of Kenneth Allen McDuff is a horrific tale of how the manipulation of the justice system just might get you a pass — to murder.

Originally given three death sentences for the savage murder of three people in 1966, and the rape and beating of a 16-year-old girl, McDuff somehow managed to finagle his way to freedom when he was paroled in late 1989. He carried the nickname of “Bad Boy,” and “The Broomstick Killer,” when he returned to Rosebud, Texas, and is believed to have killed more than ten people during his brief stint with freedom, mostly teenage prostitutes, which upped his tally to a total of at least 14 murders.

Once apprehended in 1992, McDuff was unable to stop his new death sentence and was executed in 1998.

Likely the most disturbing murderer on the list, Genene Jones was a pediatric nurse who poisoned at least 11 (and as many as 46) infants and small children during her reign of terror.

Starting in 1977 and continuing through 1982, Jones was only captured when she murdered 15-month-old Chelsea McClellan in Kerrville by lethally injecting the child with three doses of succinylcholine. One of these injections was performed within sight and to the objection of EMTs attempting to save the child’s life.

The chilling aspect of Jones’ story is that this offender will be free to walk the streets in February of 2018 due to a bureaucratic move from a 1977 law. Chelsea’s mother is currently leading an effort to bring fresh charges against Jones prior to the murderess walking the streets.

6. The Butcher Of Elmendorf

A speculated five to 20 women were the victims of “The Alligator Man,” also known as the “Butcher of Elmendorf” and the “Bluebeard of South Texas.” His friends and family knew him as Joseph “Joe” D. Ball. It was the 1930s. Ball was a bootlegger and a gambler who owned a popular speakeasy that employed some very attractive women. Known as a ladies man, Ball had his way through a line of his barmaids, but when the women fell from his good graces, usually by getting pregnant, Ball killed them and possibly fed them to his five pet alligators.

It wasn’t until 5 women disappeared under suspicious circumstances that people started asking questions, but Ball’s first three wives may also be on this list. Some remains were found, others were only speculated about. Rather than be apprehended, Ball took a gun from behind his cash register and killed himself when deputies came for him. Later, a scrapbook containing pictures of over a dozen unknown women surfaced in the bar, but police were unable to link them as possible murder victims.

The “Eyeball Killer,” Charles Albright, was also known as the “Dallas Snatcher” because of his surgical, post-death removal of the eyeballs of his three victims. Having shot all three prostitutes before disfiguring them, it was only after the third death that scared witnesses approached police with information about Albright. The offender was arrested in his home, and sentenced to life in prison without parole. He is currently incarcerated at the Montford Unit in Lubbock.

There’s something about the 1980s that brought out the murder in people. Curtis Don Brown, also known as “Bandit,” was a serial killer during the years of 1984 to 1986. Over a 21-month period, more than a dozen women were murdered in Tarrant County, and the series of murders all seemed to point to one person. Yet, no person was ever caught.

David Penton, a Fort Hood soldier, was originally charged with the murder of his 2-year-old son who was shaken to death in 1984.

As if this wasn’t horrifying and sad enough, Penton later went on to brag to his cellmates that he had killed more than 50 children prior to his son becoming the catalyst to his imprisonment. Although police have never confirmed the massive amount of child killings Penton supposedly spoke about, he did admit to at least five.

10. Before Their 5th Birthday

Although mothers are known to be over-protective (especially with young children), they’re usually their most diligent. That’s not the case with Diana Lumbrera, who murdered each of her six children and the child of a relative.

From 1976 to 1990, Lumbrera suffocated children, five in Texas and one in Kansas, purportedly for the insurance payments, and a relative’s daughter, likely for the thrill. She is currently serving life in prison in the Mountain View Unit of a Texas prison.

If you are trying to strengthen the muscles in your shoulders and upper back, the lat pulldown is one of the best exercises to perform.

Rubber hex dumbbell sets are important pieces of workout equipment because they allow you to perform multiple, different styles of lifting and training.

​​One of Pilates’ most attractive features is that it doesn’t require bulky machines like those used in weight-lifting or cardio.

Interview with the legendary Harrison Ford on new …

MTV’s Are You The One? returns with Kamie Crawford …

Fun on the Run’s Yolonda Williams performs in surprise …

Interviewing the stars of Netflix’s Kaleidoscope

Check out Plano’s Lacrosse Unlimited to get into …

Where will marijuana be legal in 2023?

These Texas pizza places ranked among best in North …