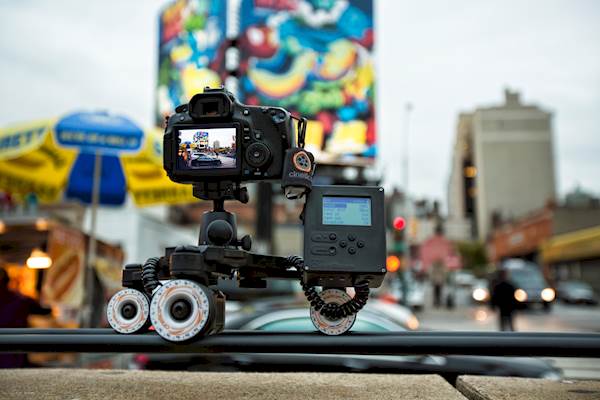 Filmmaking isn’t easy, and it’s often a labor of love, not money. The history of filmmaking in Dallas is a rocky one, filled with trial and tribulation, ups and downs, and almost obscurity. But we are Dallas, and we prevail.

Famous actresses, models, singers and yes, filmmakers, hail from Texas, and more importantly, our city. Let’s take a look at some of those filmmakers out there making a name for themselves, and subsequently, us.

One of our most successful filmmakers, David Lowery is the definition of Dallas film. He has directed, written, produced, edited, been a cinematographer, a cameraman, lived in LA, won multiple awards and been nominated for more, and yet he is still ours, a Dallasite to the core. With each film, he comes closer to the perfection and notoriety of some of the biggest names in the business (if he hasn’t already reached it. Pete’s Dragon, anyone?), yet he and his just as successful wife, Augustine Frizzell constantly return to Texas. Now that’s what most of us would call loyalty.

Director, producer, writer, editor, and more, Jacolby Percy, like many of the filmmakers on this list, is a jack of all trades. He was born and raised in Dallas, and still calls Dallas his home, regardless of his brief stints in other states. Percy’s films have been shown in film festivals across the country and won several audience choice awards. His accreditation boasts of documentaries, fiction, and a recent film that he is currently in the process of producing. Each film has the common theme of social issues or history.

A well-known producer, board member of the Dallas Producers Association and AFFD (Asian Film Festival of Dallas), Frankey ‘Dey’ Dumrongsri has been an active participant in the Dallas film scene for years. Dey is a native of Dallas, and has produced, filmed, and handled the visuals for nearly twenty productions.

Although he is well known as one of the best visual effects, gaffer, camera guy, etc. in Dallas, Brady Tulk does not have the multiple films that he has produced or directed to bolster his name. However, Brady has something better: fame and a following. His sock puppet parody shorts on Youtube continually collect more and more fans, with his latest boasting over a million viewers.

Out of all of the Dallas filmmakers on the list, M. Legend Brown has done the more than most. Poorchild Films, the film company Brown and his partner, Eric King, have created, has produced a plethora of heartwarming movies that exemplify the company’s motto: “Our mission is to tell stories that not only entertain but educate through film. To leave a footprint on this earth through the medium of motion picture storytelling.” Without formal training (but definitely talented results), Brown exists as a writer, director, and producer for Poorchild, and serves as the example of Dallas drive and persistence.

She may not have the years of experience that some producers have, but Destinee Stewart has racked up the credits in the past four years. A talented actress, writer, director, and producer, Stewart is setting the bar for short film production, all while maintaining a healthy acting career.

Aside from the fact that he is one busy filmmaker, what can be said of Jason Reimer? He is a composer, editor, director, writer, and producer with credits dating back nearly two decades. He is a co-founder of the Oak Cliff Film Festival and a partner at Aviation Cinemas. Known on the art scene as one of the best composers, Jason is a Dallas transplant with big talent.

She may not be from Dallas, but Monika Watkins, producer, editor and writer, calls Dallas home. Her passion appears to be for documentaries, which is what she originally did for AMS Pictures, and is what she is now doing as an independent filmmaker with Bird Set Free Films. Her work has been seen in multiple film festivals across the U.S., and surely future films will be, as well. A community outreach member, Watkins is known for working with non-profit organizations, and has created/produced videos for HRC, the Boys and Girls Club, and several others.

Truth Behind the Humor

Israel Luna seems to have done it all. He has credits for post and pre-production, writing, directing, editing, acting, cinematography, and much, much more. Known for his humorous take on real social issues, Israel has titles to his work that most people don’t forget (Ticked-Off Trannies with Knives! Need I say more?), and creates short films you don’t forget.

Born in Malaysia, it seems strange to outsiders that Yen Tan landed here in Dallas. Yet for us, it makes perfect sense. Where else would he live? From his Dallas base, Tan served as director, writer, editor, and a few more titles for multiple films before moving off to Austin (We won’t call you a traitor…we’ll just mention the word). His work is known to cause viewers to emote, or sink into deep thoughts on the point of the universe, or whistle and cheer at the screen. As with a few others, he is a transplant, but transplants are usually permanent, so we expect him to return home.