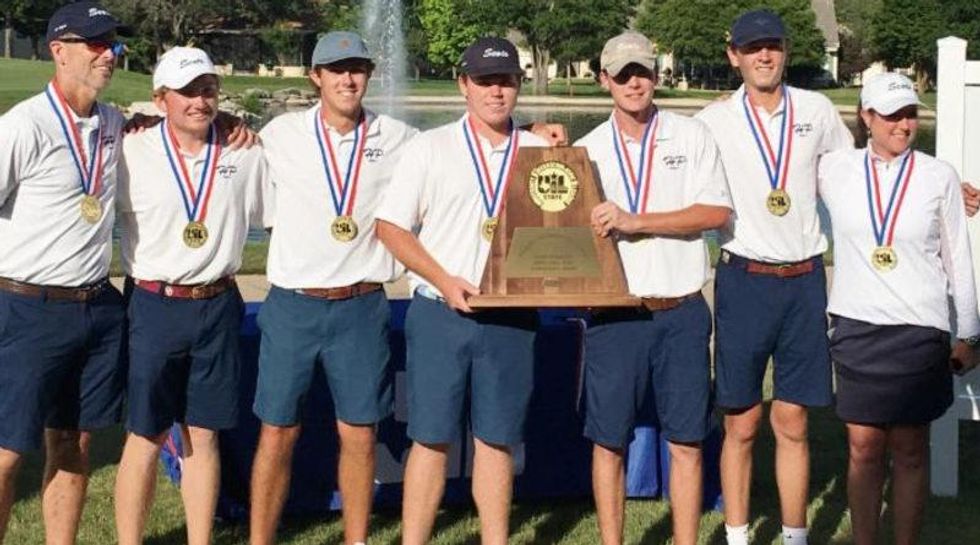 With such a great high school career, Scheffler graduated in 2014 and headed off to golf for Texas. With the Longhorns, Scheffler continued to show his ability on the course while earning many honors. As a senior, Scheffler posted eight top-25 finishes in 11 events and five-straight top-11 finishes while finishing 22 rounds (out of 34) at or under par and 13 rounds in the 60s.

Scheffler entered the Masters as the world’s No. 1 ranked golfer. He earned the No. 1 spot after winning the Phoenix Open on Super Bowl Sunday, posting a comeback win at the Arnold Palmer Invitational at Bay Hill, and winning Dell Match Play just two weeks ago at his very own college stomping grounds in Austin, Texas.

Scheffler’s big win for the famous green jacket came after he started the final round with a three-shot lead and finished 10-under-par to win $2.7 million. The win marks only the second time an athlete has won the Masters after making their debut as No. 1 in the world. The first to do it was Ian Woosnam in 1991. As one of the youngest athletes to win the Master’s Scheffler was excited to get home, eat dinner, and watch tv with his wife. “Tonight, I’m looking forward to just chilling… getting dinner and watching The Office,” Scheffler said following his win- he and his wife are currently watching the series.

Highland Park athletic director, Johnny Ringo, spoke a little bit about this great accomplishment for Scheffler. “Don’t know where to start!” Ringo wrote on Sunday night. “An awesome young man from an awesome family who represented the Scots in the best way possible just won the tourney of all tourneys! Congrats Scottie!”

Close
You have been added to End Zone Extra Newsletter

What to know about Big 12 Baseball Championship tournament …

Mexican pozole with a TX BBQ twist? Check out this …

Immerse yourself in Frida Kahlo’s art to learn about …

Who doesn’t love a good brownie? Check out this brownie …

Dish with Daily Mail – the emergence of the 50-year-old …

Here’s what Barbara Corcoran says you need to be …

What to know about Big 12 Baseball Championship tournament …

Venture out to Fort Worth for this Fried Chicken …

Looking for some tapas in North Texas? Try Jellico’s …

Behind the greens: How PGA Tour hole locations are …

Best place in Dallas to get a seafood boil, according …

Highest-rated Mexican restaurants in Sherman, according …