CLAYTON, MO – During the height of the months-long protests in Ferguson last summer, police said demonstrators could protest all they want — as long as they stayed home after dark.

The reasoning back then: Troublemakers from outside the city come in to create chaos under cover of darkness, making police’s job of maintaining order difficult.

And yet, even though a grand jury reached a decision on whether to indict Officer Darren Wilson by Monday afternoon, the decision wasn’t publicized until hours later — around 8 p.m. in Missouri.

So why did officials wait so long?

“I find this a completely bizarre decision to do this at night,” Toobin said.

“Here’s the thing about that time of night: it’s dark. Anyone — anyone! — should have known that the decision in the Brown case would have been controversial. Crowd control is always more difficult in the dark.”

WATCH: Brown’s Stepdad Urges Crowd to “Burn This B**** Down!” 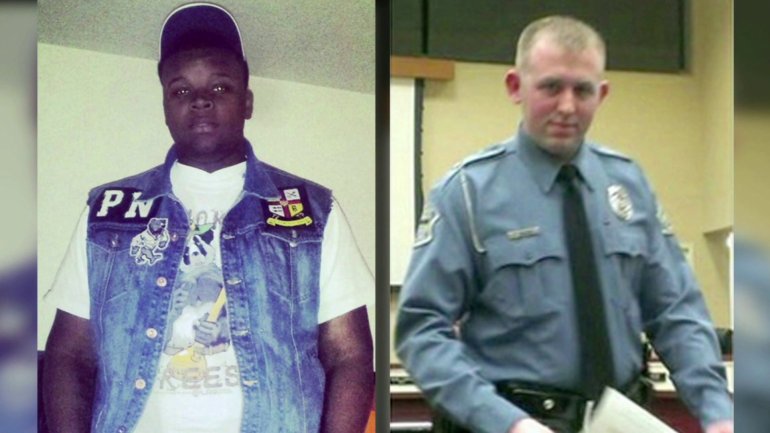 CNN legal analyst Paul Callan noted the announcement was supposed to be made at 8 p.m. ET, but was rescheduled for 9 p.m. ET.

“Why would you be moving it another hour? I think the only reason can be that they don’t have their security forces in place,” he said.

Initially, prosecutors were expected to give law enforcement 48 hours’ notice from when the grand jury made its decision to when the announcement was made. But that clearly didn’t happen Monday, since the decision and the announcement came on the same day.

But there may have been advantages in keeping the decision secret for hours — most businesses are closed and there’s less traffic.

“Now, I can understand, maybe he wanted to make sure that all students had left school or that everyone had cleared out,” said community activist John Gaskin, referrring to McCulloch. “But he could have easily made this (announcement) tomorrow morning.”

Benjamin Crump, the attorney representing slain teenager Michael Brown’s family, said Brown’s parents didn’t know what the decision was after dusk fell on Ferguson. And they found out that the jury had reached some sort of decision from watching CNN.

“It was very painful on behalf of his mother and father, that they did not get the notice that they were going to find out before the media found out.”

Evan Perez contributed to this report.

In The Know: 7 Spots for East Texas Fishing

Can You Drink In Texas If Under 21? The Answer May Surprise You