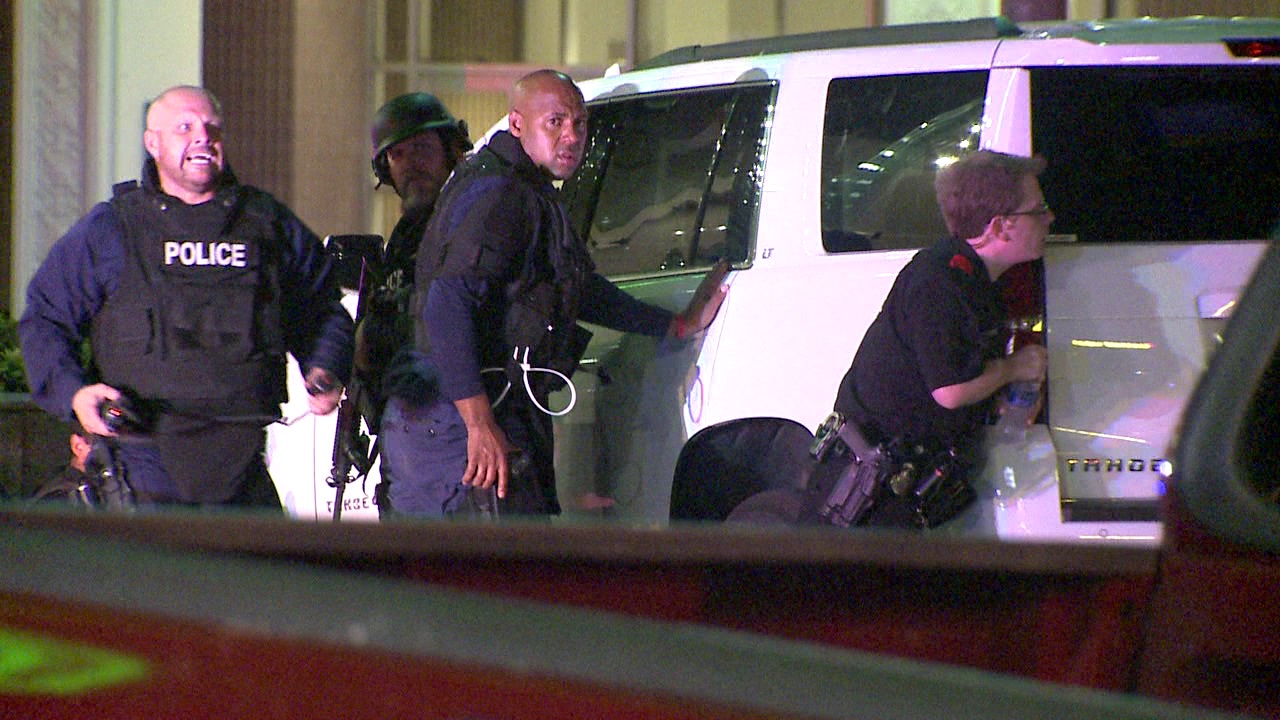 DALLAS — Here are the facts and what we know regarding Thursday night’s shooting in downtown Dallas so far:

14 people were shot, 12 were officers and 2 civilians.

5 of the officers have died: 4 Dallas Police officers and 1 DART officer.

Police say a female suspect was taken into custody around 11:30 PM after a shootout with Dallas SWAT officers.

Police engaged in a standoff with a second suspect in the El Centro College parking garage. He has been identified as Micah X. Johnson and was killed when police sent in a bomb robot to diffuse the explosive he had.

"It was kind of one of those situations where I kind of had to do the double take like, did I really just hear what I thought I heard?" Ranger Ben Stanley told KDVR.

“I have the great honor to announce that I’ve picked @KamalaHarris — a fearless fighter for the little guy, and one of the country’s finest public servants — as my running mate,” Biden tweeted. In a text message to supporters, Biden said, “Together, with you, we’re going to beat Trump.”

Reaction pours in for Harris as Biden’s historic VP pick