ARLINGTON, TX -- Sadly, it’s the headline that’s become all too familiar -- an unarmed black man shot and killed by a cop. 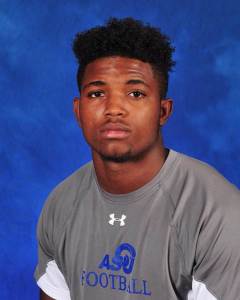 It appeared 19-year-old Christian Taylor had a promising future. He was, after all, a standout on the football field at Angelo State University; loved by friends and family.

Early Friday morning, everything changed. Surveillance video recently released by Arlington Police show the moments leading up to Taylor’s death. The video was captured by the security firm, Stealth Monitoring, the company that guards the GMC dealership.

Watch closely, you can clearly see Taylor’s erratic, almost inexplicable behavior.  At first, he pulls up to the dealership, sits on the gate; he later roams the lot looking for unlocked vehicles.

Then, Taylor's behavior gets weird, really weird. You see him pounce on top of a Mustang, kick-in the windshield, yank out the rear view mirror, then crawl into the car.

The video shows Taylor eventually get back into his jeep, then barrel into the showroom window. APD shows up soon after.

But it’s the moments we don’t see, that still raise so many questions. There are no cameras inside the showroom, to show us, what really happened when Taylor was approached by rookie cop, 49-year-old Brad Miller. Miller was still under supervised training when he shot and killed the teen. 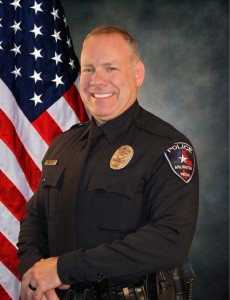 "It hurts to see that. I mean, the last time I get to see my little brother is in that way,” Adrian Taylor said.

Adrian Taylor says he doesn’t know why his younger brother was at the dealership, and he can’t explain what prompted Taylor's  bizarre behavior.

Arlington PD says it’s recruited the help of the FBI to investigate this case; a case the department says it’s carefully reviewing and examining if Ofc. Miller used deadly force.

Meanwhile, Taylor's family is left to mourn the loss of a beloved family member, wondering how a life with such promise, had such a perplexing end.

"Miss you, man. Love you and justice will prevail.”

WASHINGTON (NEXSTAR) — Despite support from more than 250 bipartisan members of Congress, a piece of legislation to help restaurants is not included in the latest COVID relief proposal.

The pandemic has forced one in six restaurants nationwide to close permanently and more than 2 million employees have lost their jobs, according to the Independent Restaurant Coalition.

DALLAS (AP) — Southwest Airlines warned nearly 7,000 workers on Thursday that they could lose their jobs unless labor unions accept concessions to help the airline cope with a sharp drop in travel caused by the pandemic.

Southwest is operating far fewer flights, and it asked unions in October for help with “overstaffing costs” that it estimates will amount to more than $1 billion in 2021. Southwest asked for pay cuts of around 10% in exchange for no furloughs through next year.

AUSTIN, Texas (AP) — How soon Texas nursing home residents will have access to the first coronavirus vaccine shots is under discussion as Republican Gov. Greg Abbott expects an initial round of 1.4 million doses to begin arriving later this month. Texas has put hospital staff, nursing home workers and paramedics at the top of the list.

That's followed by a group that includes outpatient medical employees, pharmacists, funeral home workers and school nurses. Nursing home residents were not among those first tiers in Texas but state health officials say that list could be revisited. The first doses of the vaccine are set to arrive as hospitalized COVID-19 patients in Texas are at the highest levels since a deadly summer surge.

Christmas and COVID: Therapist on how to manage holiday stress and decisions amid the pandemic

Avoiding the virus: Here’s how to manage your risk

Plano-based Toyota delivers holiday surprise to Community Partners of Dallas; Here’s how you can also give back

Man goes on tirade at Dallas Public library; causes more than $10,000 in damage

Christmas and COVID: Therapist on how to manage holiday stress and decisions amid the pandemic