You would think someone who just set a travel world record would want to kick back and relax for a while, but our buddy Drew had different plans.

“I wanted to hit a couple new countries before coming back, so I was pretty ambitious. I went to five countries in four days.”

“It was pretty cool, there’s a lot of history there, a lot of battles in World War II were fought there. It’s really just Mediterranean vibes, very beach-y, very laid back. It’s similar to Italian culture, so you have good pizza, good pasta, gelato.”

After Malta, it was on to San Marino — the fifth smallest country in the world.

“I was there at like 6 in the morning, and there was nobody else around me. You could hear a pin drop in the streets. It was kind of a little eerie actually walking around, but definitely a cool experience.”

On the way back to Germany, Drew saw an opportunity to visit Tunisia. He had to do it via the dreaded layover, but Drew found a way to make the most of it.

“I was in the capital city called Tunis, and I stayed in this really old historic fort area with these really cool backstreets. Stayed at a cool hostel. The owner of the hostel took me out to some cool restaurants. I went to some mosques and temples and just walked around. It was a short visit but definitely worth it, and it’s a good way to spend your layover. And often times, it’s cheaper to do that than to fly directly. In my case, it was cheaper.”

Drew wrapped up his time in Europe with faster than you can blink stay in Monaco.

“Just a quick visit, it’s a really tiny country in the south of France. I just walked around for like three hours, went back to Berlin, then came home. So that was a crazy four days right there of hopping around.”

The lesson to be learned here is — while traveling, don’t forget about visiting some of the lesser known countries off the beaten path.

“It’s better to go to a small country, because they’re undiscovered and you really don’t run into that many tourists, and that’s a really interesting experience as opposed to London or Paris, and you’re pretty much going to be surrounded by tourists. I recommend if you’re going to Europe to kind of do a balance. Hit a couple big cities then a couple really small ones.”

If you want to check out more of Drew’s travels and tips, click here, or find out where he is right now by adding him on Snapchat. 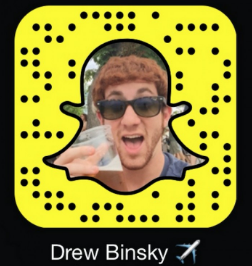