And even though the king of the AAC, Mark Cuban, said he'd crush Trump in a presidential run--- Trump still gave kudos to the fellow billionaire.

“I think he's been talking a little about maybe someday doing this himself and I think he'd do very well," Trump told the crowd.

But Trump's main topic of discussion was illegal immigration. His speech caused a lot of chaos and left tension outside of the arena between supporters and protestors.

But the  Trump Train couldn't stay for any after-parties! He headed out west to deliver a national security speech on the USS Iowa. He'll also be front and center at Wednesday night's GOP debate.

But according to his tweet, Dallas may be seeing more of the Donald! 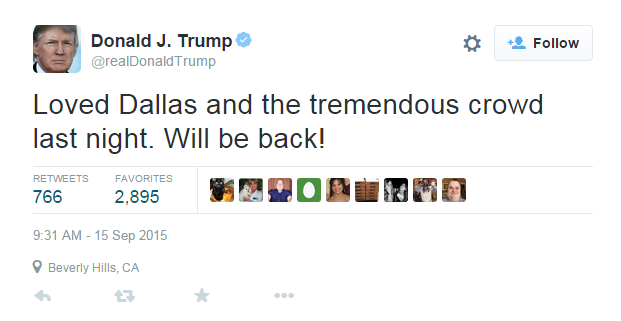