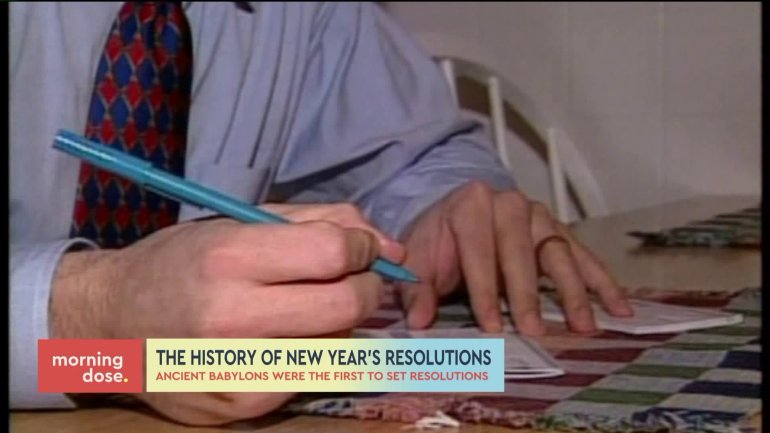 Christmas has passed and now it’s time to shift our attention towards the new year. When it comes to New Years, those resolutions seem to come to mind.

Resolutions have been around long enough that we seemingly stick to the same theme, finances, health, education, the list goes on.

The modern notion of a New Year`s resolution isn`t as old as you thought, but the idea of a clean slate has been around for centuries.

The ancient Babylonians were the first group of people to make New Year`s resolutions. Instead of making a commitment to self-improvement, they made a commitment to the gods to pay their debts and return any objects they had borrowed.

The term New Year’s resolutions became popular in the 1800’s and was first printed in a newspaper on January 1, 1813.

Now, if you have already set your resolution for 2018, how certain are you that you’ll actually follow through with it?

Twenty-five percent of resolutions come to a screeching halt after the first week of January.

Psychology tells us it`s because, in your heart of hearts, you probably don`t actually want to make a change. Taking action is actually the fourth stage of change.

The first stage is pre-comtemplation. You have a notion that you want to make a change. That’s followed by contemplation, where you`re actively thinking about making a change.

If you’ve gotten through the first two stages, you’re ready to prepare yourself. You really want to change, even if the fear of failure is preventing you from starting.

That’s when action gets involved.

After overcoming fear from the beginning three stages, you can finally put your plan into action to improve your life.