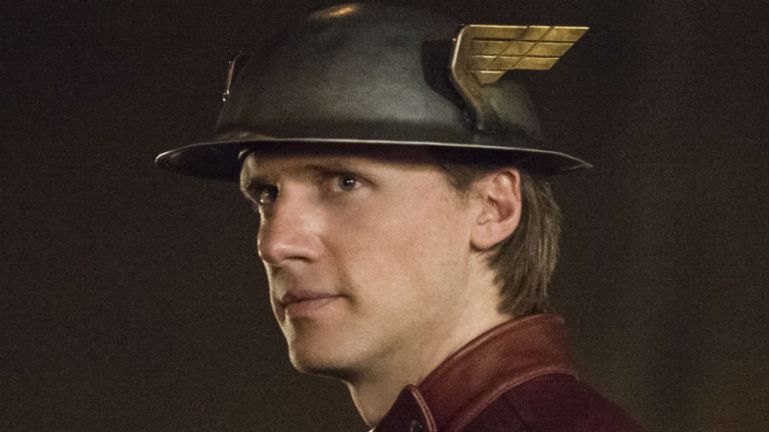 With the reveal of Zoom’s (Teddy Sears) history and ultimate goals on “The Flash,” a few questions were answered but even bigger ones were asked. The most important one posed by the episode is what all of this means for Jay Garrick.

In the comics Jay is the original Flash and has a very important part in the character’s history. On the show he was set up as the Flash of Earth-2. However, it was revealed by Hunter Zolomon that he acted as both The Flash and Zoom.

When asked why he would take on the Flash mantle on his Earth, he quickly explained it was to give people hope, “so I can rip it away from them.” “It’s so fun pretending to be a hero,” he explains with a smile on his face.

So where does that leave Jay? Would the show completely disregard the character’s legacy in an effort to create the aura of Zoom? Mark Waid, a longtime writer on “The Flash” comics, feared as much and vented his frustrations on Twitter.

Wow. Wow. Wow. For the first time, #TheFlash faceplanted an episode/reveal, betrayed all good will. Sorry I watched. #heartbroken

My complaint is bigger than plot. It’s about pissing on legacy. Unless there’s some Jay fix, I’m out. #TheFlash

“Wow. Wow. Wow. For the first time, #TheFlash faceplanted an episode/reveal, betrayed all good will. Sorry I watched. #heartbroken,” he wrote. “My complaint is bigger than plot. It’s about pissing on legacy. Unless there’s some Jay fix, I’m out.”

That message, and others like it, prompted “The Flash” executive producer Greg Berlanti to clear the air on what exactly the show is doing with Jay. Of course, in doing so he only made things more confusing.

For those inquiring, we love Jay Garrick and would never make him a baddie. No reinvention. Keep watching

“For those inquiring, we love Jay Garrick and would never make him a baddie,” he tweets. “No reinvention. Keep watching.”

So who — or what — is Jay Garrick, exactly? Zoom couldn’t have been any more clear about his filling the role of The Flash on Earth-2. So where does Jay fit into this puzzle?

There’s always the man in the iron mask in Zoom’s dungeon. Could the real Jay be hidden under all that metal, a prisoner of Hunter in an effort to keep his secret? If so, who is the actual Jay Garrick and what will we learn about him?

Chances are it’s not going to be Sears. After all, the actor is currently working on the “24: Legacy” pilot. Should that get picked up to series, he’s not going to have a bunch of time to suit up in spandex. So now the waiting game begins to see what, exactly, the show’s end game is for Jay. Hopefully it’s a good one.

"It was kind of one of those situations where I kind of had to do the double take like, did I really just hear what I thought I heard?" Ranger Ben Stanley told KDVR.

“I have the great honor to announce that I’ve picked @KamalaHarris — a fearless fighter for the little guy, and one of the country’s finest public servants — as my running mate,” Biden tweeted. In a text message to supporters, Biden said, “Together, with you, we’re going to beat Trump.”

Reaction pours in for Harris as Biden’s historic VP pick