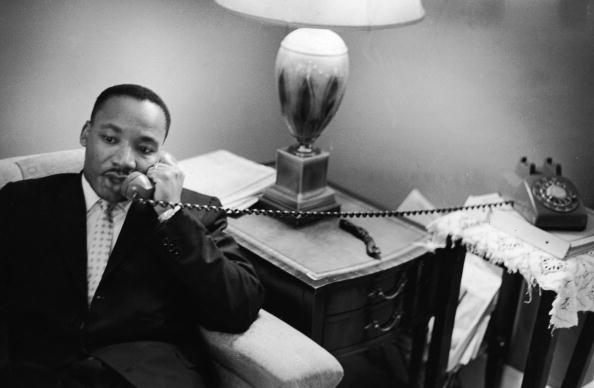 Dr. Martin Luther King Jr. was an admirable human and a powerful voice for civil rights in a time when it was desperately needed. But most people know him best for his legendary “I Have a Dream” speech. Here are a few things you may not know about him.

1. His birth name was Michael King, which his father changed it to Martin Luther in 1934 in honor of the German reformer of the same name.

2. He graduated from Morehouse College at 19 with a bachelor’s degree in sociology and skipped two grades in high school.

3. He sang with his church choir at the Atlanta Premiere of “Gone With The Wind” in 1939.

4. He suffered from depression for most of his life.

5.  He was one of the youngest people to ever win the Nobel Peace Prize (that honor is currently held by 17-year-old Malala Yousafzai).

6. He was an angry man at one point in his life and felt resentful toward white people.

7. King and his wife spent their wedding night in a funeral home because they were turned away from a whites-only hotel.

8. He called himself “the biggest Trekkie on the planet” when he met actress Nichelle Nichols, who played Lieutenant Uhura on the original “Star Trek.”

9. He was highly skeptical of Christianity as a youth, and denied Communion during Sunday school because of his doubts about the faith when he was 13.

10. King was awarded at least 50 honorary degrees from colleges and universities over the course of his lifetime.

President Donald Trump’s son-in-law and senior adviser Jared Kushner says the president wants to help Black people succeed but that they have to want to be successful for the policies to work.

NASA announced on Monday the discovery of water found on the sunlit surface of the moon. The water molecules were found in Clavius Crater, one of the largest craters visible from Earth.

“We had indications that H2O – the familiar water we know – might be present on the sunlit side of the Moon,” said Paul Hertz, director of the Astrophysics Division in the Science Mission Directorate at NASA Headquarters in Washington. “Now we know it is there. This discovery challenges our understanding of the lunar surface and raises intriguing questions about resources relevant for deep space exploration.”

WASHINGTON (Reuters) — The moon lacks the bodies of liquid water that are a hallmark of Earth but scientists said on Monday lunar water is more widespread than previously known, with water molecules trapped within mineral grains on the surface and more water perhaps hidden in ice patches residing in permanent shadows.

While research 11 years ago indicated water was relatively widespread in small amounts on the moon, a team of scientists is now reporting the first unambiguous detection of water molecules on the lunar surface. At the same time, another team is reporting that the moon possesses roughly 15,000 square miles of permanent shadows that potentially could harbor hidden pockets of water in the form of ice.

State of Texas: The impact of record turnout for early voting