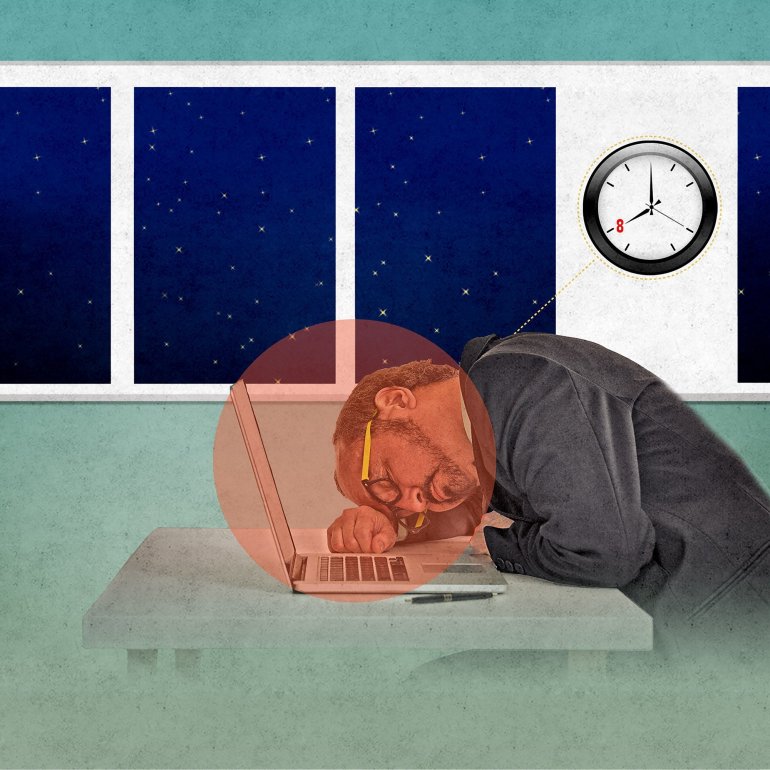 When you’re hired for a full-time job, the understanding is that you’ll put in at least a 40-hour workweek.

The expectation — especially for salaried employees who don’t qualify for overtime — is that you’ll put in more to ensure your projects get done.

Or because the boss needs something at the last minute.

Or just because everyone at the office regularly works more than 8 hours a day, and you’re seen as kind of a slacker if you don’t.

So how long do full-time U.S. employees really work every week?

A Gallup survey last summer found that the average for full-time employees was actually 47 hours — or 46 if you isolate those workers with just one job. Either way, that’s almost the equivalent of an extra business day on top of the usual five-day workweek.

Meanwhile, more than half of the 7,500 people who took CNNMoney’s work-life balance quiz last week said they feel pressure to work more than eight hours a day and to work some weekends, too.

So employers seem to be getting quite a bargain when it comes to all the additional hours of work.

If decades of studies are to be believed, too many hours at work can make Jack a less productive, less creative and less healthy boy — to say nothing of an absent partner at home.

Of course, working two or three hours more a week won’t do anyone in and may even boost productivity.

But when you regularly log lots of extra hours every week you risk getting into the land of diminishing returns.

The Centers for Disease Control and Prevention cites studies that found “a pattern of deteriorating performance on psychophysiological tests as well as injuries while working long hours.”

It also cited four studies that found “that the 9th to 12th hours of work were associated with feelings of decreased alertness and increased fatigue, lower cognitive function, [and] declines in vigilance on task measures.”

Some employers actually get it.

Ryan Sanders, cofounder of HR software maker BambooHR, has instituted what he calls an “anti-workaholic policy” for his 130-plus staffers.

He insists that his employees not work more than a 40-hour workweek. (The majority of his staff is salaried and not eligible for overtime.)

Sanders’ logic is simple: Burning out is bad for the employees, bad for their families and bad for his business.

If he notices an employee logging 60 hours, he’ll first try to find out why, he said. Is her department short staffed? Is she doing things that once were essential but now are less so? Does she feel an unspoken pressure to work all the time?

If the overwork persists, his conversation with the errant employee gets “sterner.” In one case, he had to talk to a staffer a few times because she kept wanting to do more.

That compulsion to do more, of course, is easy to succumb to when there is a lot to do — whether you’re working for a startup, a company chasing market share or just a boss who decides a given project is critical and urgent.

Even when that’s the case, though, that shouldn’t have to mean insane hours and artificial deadlines all the time in Sanders’ estimation.

“You’re fooling yourself if you think you’ll get it all done,” Sanders said. “It becomes really crucial to prioritize.”

Share your work-life balance horror story. What’s the worst example of your job (past or present) bleeding into your home life? Tell us your story and you could be featured in an upcoming story on CNNMoney.