NORTH TEXAS -- What do you do when the power goes out and the sirens start? Well, social media and your cell phone become a lifeline and a support -- your grandparents never had.

These alerts we all got, made nothing else matter... 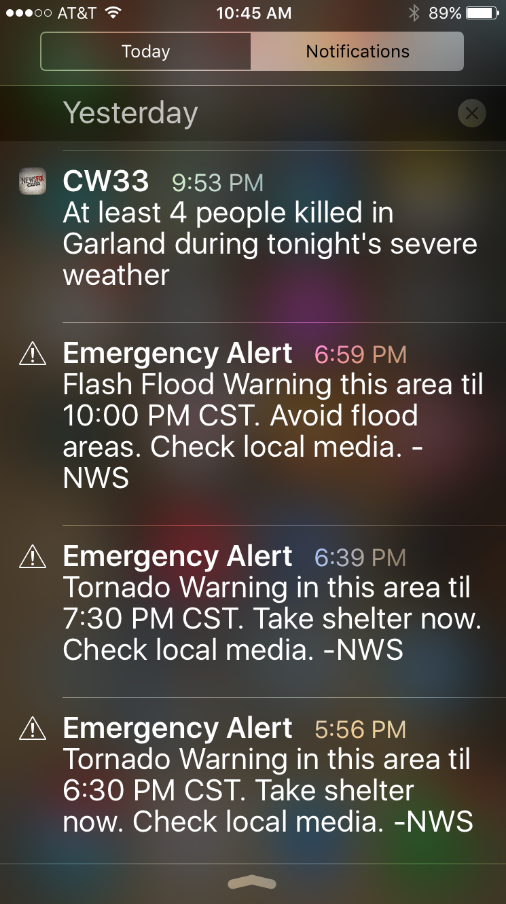 Suddenly, so many people became eyes and ears of a holiday surprise no one wanted. From Garland to Copeville, we got our first looks of what these storms had done. And as quickly as the storms hit, hashtags #PrayForTexas and #PrayForRowlett took over social media consciousness.

At times, the Internet can be filled with mindless banter no one cares about, but it's times like this you feel like you can't live without it.

PIC - Picture of the heavily damaged apartment building in Garland off I30. #txwx #dfwwx pic.twitter.com/XCLstJ1DkJ

PIC - The tornado blew over an 18 wheeler on I30 and Bobtown in Garland. (Picture: David Taylor) #txwx #dfwwx pic.twitter.com/3R7VGlNUS2

This tornado just hit while at work. Scariest 30 seconds of my life. Pray for victims of Dallas tornado. pic.twitter.com/cVCrFBZY0t

AUSTIN, Texas (Big 2/Fox 24) - Governor Greg Abbott has issued an Executive Order requiring all Texans wear a face mask covering the nose and mouth in public spaces. The order extends to all counties with 20 or more positive COVID-19 cases.

The Governor also issued a a proclamation giving mayors and county judges the ability to impose restrictions on some outdoor gatherings of more than 10 people, making it mandatory that, with certain exceptions, people cannot be in groups larger than 10 and must maintain six feet of social distancing.

KILLEEN, Texas -- The family of Pfc. Vanessa Guillen says that she made cries for help before her disappearance in April. This raises questions and concerns for women in the military, their safety on bases, and what is done when allegations are made.

Yesterday the man who Guillen accused of harassing her took his own life. The man was an active-duty soldier and was a suspect in Guillen's disappearance.