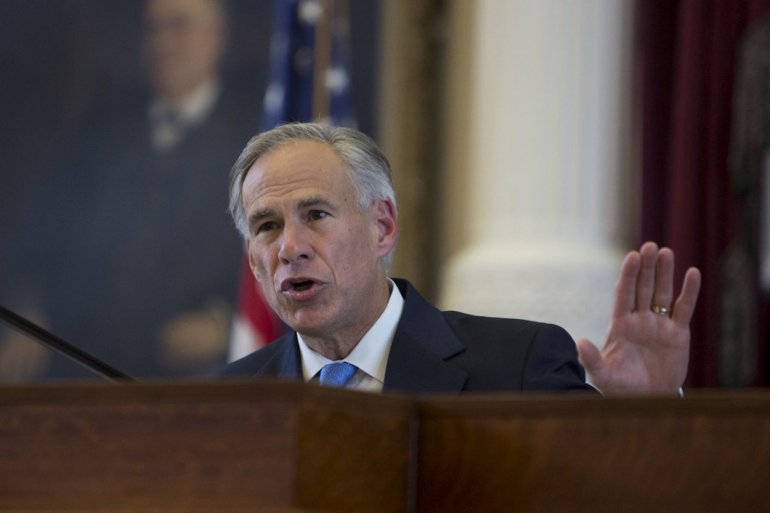 After a gunman opened fire on a crowd of concert attendees at a country music festival in Las Vegas, Texas officials condemned the violence while offering condolences and prayers.

The gunman, who police have identified as 64-year-old Stephen Paddock, opened fire from the 32nd floor of the Mandalay Bay Hotel and Casino. Police said the attack killed at least 50 people and that more than 400 people have been transported to hospitals. Police report Paddock died by suicide.

Public records reveal Paddock once lived in North Texas at an address in Mesquite, near Dallas, the San Antonio Express-News reported. He also worked as an apartment manager in Mesquite and Houston. Paddock was living in Mesquite, Nevada, at the time of the shooting, and had previously registered at least 27 addresses in Texas, Nevada and California.

“Texas mourns and prays for the victims of this tragedy, and the entire Las Vegas Community, in this time of unimaginable pain,” Abbott said.

On Twitter, Lt. Gov. Dan Patrick said: “Thoughts and prayers are with those killed and injured in the deadly shooting in Las Vegas last night.”

“Lifting up in prayer all impacted by last night’s despicable shooting in Las Vegas & all 1st responders on the scene,” U.S. Sen. Ted Cruz tweeted.

Patrick had planned to speak at the Texas Public Policy Foundation in Austin on Monday, but canceled because of the shooting.

U.S. Sen. John Cornyn shared on Twitter a hotline for those trying to locate family and friends.

On Facebook, Texas Agriculture Commissioner Sid Miller offered prayers to the families affected by the shooting.

Several other state officials, including Texas Attorney General Ken Paxton and Texas Supreme Court Justice Eva Guzman, invited people on Twitter to pray for the victims and their families.

Texas Land Commissioner George P. Bush said on Twitter, “My thoughts and condolences are with the people of Las Vegas in the wake of this horrible tragedy.”

President Donald Trump plans to travel to Las Vegas on Wednesday to meet with the victims’ families. Trump said the attack was an “act of pure evil” during a televised statement Monday morning.

Life after COVID: 1 in 5 people are diagnosed with a mental illness after COVID-19