BRAZORIA COUNTY, Texas — Police in Brazoria County are investigating the death of Texas man who was found decapitated, with his head missing.

Jubal Alexander, 24, had been sleeping in his truck under a bridge in Angleton, Texas, while working long hours at a local chemical plant – just as his father did – when he was found dead earlier this month, according to police.

Alexander, who is described as hard-working and never in trouble, dined with his father just days before he was brutally murdered and decapitated, according to ABC affiliate KTRK.

“They cut my son’s head off and they took my son’s head. Who would do that? I don’t understand,” his father told KTRK. “I couldn’t even see my son. They won’t even let me see him.” 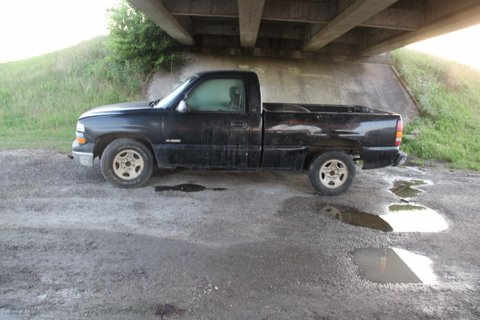 Relatives say Alexander was working as a pipe-fitter at the plant, trying to save up money to pay off bills.

“He wanted me to be proud of him so we worked exceptionally hard,” his father said. “His shift was maybe a 10-hour maybe a 12-hour shift. He worked all night long.”

His father said he doesn’t believe someone robbed Alexander – his wallet and personal belongings were left in the truck.

Police found his body May 3 after a fisherman, who is also a police officer from Galveston, Texas, noticed that a blue Chevrolet pickup hadn’t moved all day from the Austin Bayou Boat Ramp where he was fishing, KHOU reported.

DETROIT (AP) — Hertz announced Monday that it will buy 100,000 electric vehicles from Tesla, one of the largest purchases of battery-powered cars in history and the latest evidence of the nation's increasing commitment to EV technology.

The purchase by one of the world's leading rental car companies reflects its confidence that electric vehicles are gaining acceptance with environmentally minded consumers as an alternative to vehicles powered by petroleum-burning internal combustion engines.

Moderna said Monday that a low dose of its COVID-19 vaccine is safe and appears to work in 6- to 11-year-olds, as the manufacturer moves toward expanding shots to children.

Competitor Pfizer's kid-sized vaccine doses are closer to widespread use, undergoing evaluation by the Food and Drug Administration for nearly the same age group — starting at age 5. Its vaccine already is authorized for anyone 12 or older.

(AP) — The Facebook Papers project represents a unique collaboration among 17 American news organizations, including The Associated Press. Journalists from a variety of newsrooms worked together to gain access to thousands of pages of internal company documents obtained by Frances Haugen, the former Facebook product manager-turned-whistleblower.

The papers are redacted versions of disclosures that Haugen has made over several months to the Securities and Exchange Commission, alleging Facebook was prioritizing profits over safety and hiding its research from investors and the public.

The Family Place kicking off 10-day fundraising event on Oct. 29

Each state's favorite Halloween candy, according to online shopping data

The scariest part of Halloween may be costume contact lenses, eye doctor says

Mostly Cloudy Precip: 10%
Close
You have been added to Daily News Newsletter