A 13-year-old has been arrested after posting this photo on Snapchat. 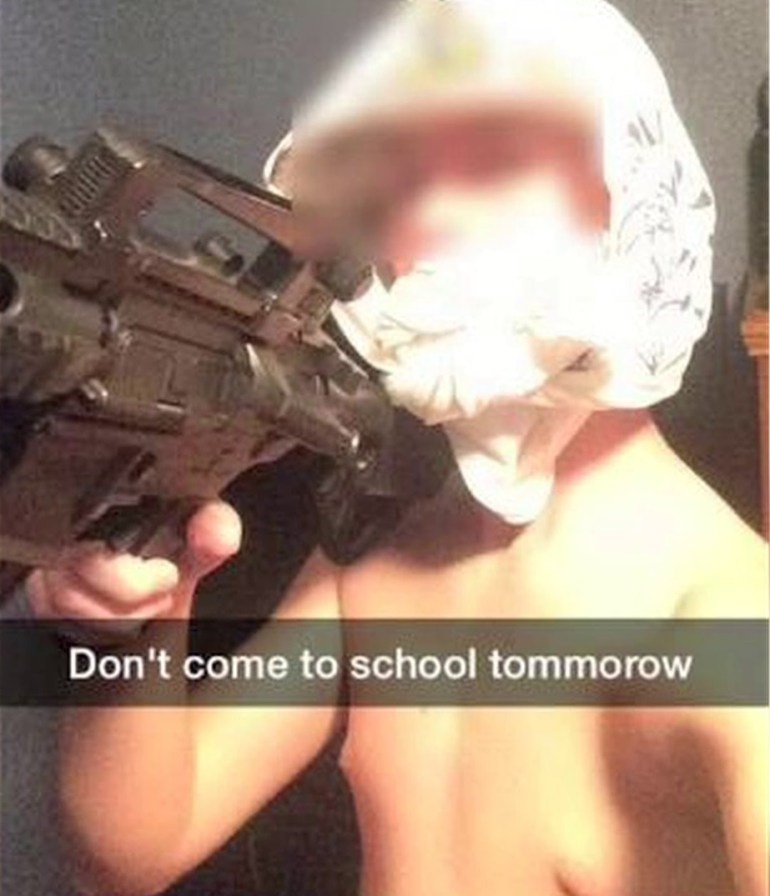 The picture shows the teen with a gun and a threatening message, “Don’t come to school tomorrow, I have something big planned.”

His friends on the receiving end were alarmed and told their parents.

That’s when the cops came in, finding an airsoft gun like the one in the picture.

“He knew right away why we were there, he told us that he wasn’t crazy or wasn’t planning on shooting up the school, he did it all as a joke,” said Lt. Jeff Caponera of the Anna Police Department.

But some folks in Anna aren’t laughing.

“It’s a little disturbing, but kids don’t think about what they’re doing on social media anymore, so they do really stupid things, you know. I think he should probably be punished,” said Blake Adams.

Back at school, Anna ISD says their students were never in any danger.

This teen is now in for a big time out; he was booked into the Collin County Juvenile Detention Center, charged with making a terroristic threat.

Hey kids, when it comes to social media show and tell, it’s best to aim at a safe target.

Jessie James Decker will be performing in Dallas …

Jessie James Decker will be performing in Dallas …

READ: Forms given to migrants before NYC, DC busing

Paqui Tortilla Chips are bringing back the One Chip …

These Texas cities are the best in the nation for …

Report says these are the best lazy rivers in Texas