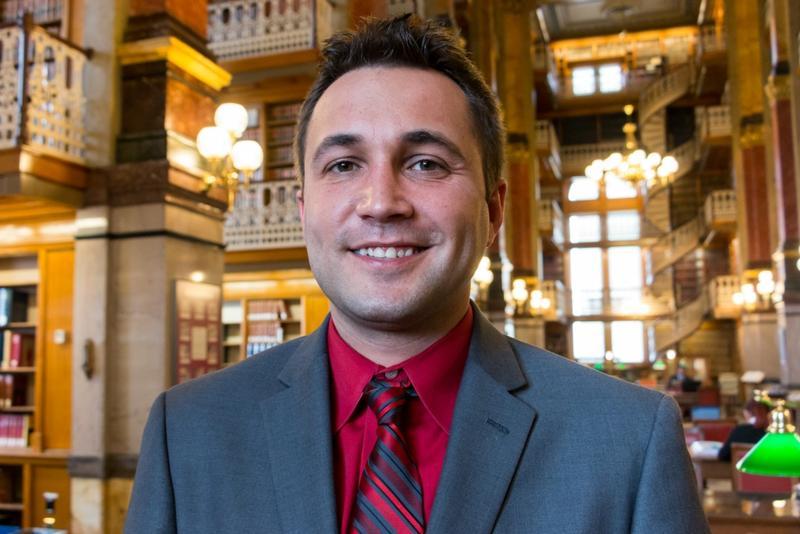 JOHNSON COUNTY, IA —  We all know this election has made everyone a little emotional.

Campuses across the country are even offering “healing spaces” to help students deal with the post-election blues. But one Iowa lawmaker simply isn’t having it.

That’s right! Republican Bobby Kaufmann is introducing a bill specifically aimed at universities spending the extra green babying students who are upset about the election. He’s calling it the Suck it Up, Buttercup Bill.

Yup, although Kaufmann has said people have the right to be hysterical, he finds it downright annoying and wants them to sob on their own time. And, of course, people took to Twitter to hash out their feelings. One person tweeted:

Politics aside, how sad and just plain mean.

Ouch! And if you think students blubbering over the ballot is sad, according to ESPN three NBA teams are trumping Trump hotels.

Yea, the Milwaukee Bucks, Memphis Grizzlies and the Dallas Mavericks are boycotting the Donald’s hotels this season to avoid associating with the new president-elect.

You see, Trump has hotels in New York City, Chicago, Miami, Toronto, and Washington. Several teams use those hotels when they are visiting to play in those cities.

So, it looks like students aren’t the only ones bawling over the election.

MINNEAPOLIS (AP) — The mayor of Minneapolis called Wednesday for criminal charges against the white police officer seen on video kneeling against the neck of a handcuffed black man who complained that he could not breathe and died in police custody.

Based on the video, Mayor Jacob Frey said officer Derek Chauvin should be charged in the death of George Floyd. The footage recorded by a bystander shows Chauvin with his knee on Floyd's neck as Floyd gasps for breath on the ground with his face against the pavement. The officer does not move for at least eight minutes, even after Floyd stops speaking and moving.

WASHINGTON (AP) — The U.S. economy shrank at an even faster pace than initially estimated in the first three months of this year with economists continuing to expect a far worse outcome in the current April-June quarter.

The Commerce Department reported Thursday that the gross domestic product, the broadest measure of economic health, fell at an annual rate of 5% in the first quarter, a bigger decline than the 4.8% drop first estimated a month ago.