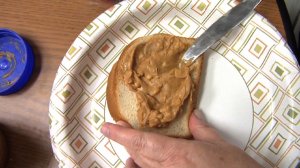 Parents who have children with food allergies know all too well about the headaches in keeping their lives “nut-free.”

But a new study suggests that peanut allergy can be prevented at a young age by embracing peanuts, not avoiding them.

Eating peanut products as a baby significantly reduces the risk of developing the allergy by 80% in high-risk infants, a study in the New England Journal of Medicine suggests.

Peanuts are one of the leading causes of food allergy reaction and can be fatal.

An estimated 400,000 school-aged children in the United States have this allergy, according to the American College of Allergy, Asthma and Immunology.

So far, the research on the prevention of the peanut allergy is “without precedent,” according to the National Institute of Allergy and Infectious Diseases.

But allergy specialists also warn that peanut consumption in high-risk infants should only be done after medical assessment.

The research team, based on initial observations, found that Jewish children in Israel who started eating peanuts earlier, were 10 times less likely to develop the allergy than those in England.

In a clinical trial, 628 babies assessed as being prone to developing peanut allergy, were either given small weekly doses of peanut-based products, or avoided them.

Skin-prick tests were used to examine whether babies were sensitive to peanut extracts.

For every 100 children that avoided peanuts, 14 would develop the allergy by the age of five.

In contrast, only two out of every 100 children on the peanut diet became allergic.

Infants as young as four months old were tested until the age of five.

“The safety and effectiveness of early peanut consumption in this group remains unknown and requires further study,” said Lack in a statement.

“Parents of infants and young children with eczema or egg allergy should consult with an allergist, pediatrician, or their general practitioner prior to feeding them peanut products.”

“This is transformational, it’s the first time it’s ever been done…Recent advances in research have shown that you can be desensitized once you have it. Up until now, there hasn’t been any research on how to prevent it,” says Dr. Lee Tak Hong, director of the Allergy Centre of the Hong Kong Sanatorium and Hospital.

For years, parents with allergic children have been told to avoid peanuts altogether.

In 2000, the American Academy of Pediatrics advised children to stay away, but later retracted their recommendations in 2008, stating insufficient evidence for early food avoidance.

Lee, who was not involved in the research, says the findings will have major implications on public health guidelines.

“The World Health Organization recommends that you avoid peanuts if you are allergic. Present results suggest the opposite…This means all the international guidelines would have to be revised,” says Lee.

Allergies To Gluten May Not Be Real

Former Rowlett Cop Says She was Fired Due to Pepper Allergy

LOS ANGELES (NEXSTAR) – Actress Cloris Leachman, well known for her roles in "The Mary Tyler Moore Show," "Phyllis" and "Young Frankenstein," among others, has died at 94.

Leachman died of natural causes at her home in Encinitas, California, according to her publicist.

(NEXSTAR) – The Food and Drug Administration announced this week that all alcohol-based hand sanitizers from Mexico are under a nationwide "import alert" to allow authorities to ensure the safety of consumers.

The FDA said in a news release Tuesday that there has been a spike during the pandemic of sanitizers from Mexico that claim to contain ethanol (also known as ethyl alcohol), but were really made with methanol, or wood alcohol. The substance can be toxic when ingested or absorbed through the skin.

More NBA games off, as league continues struggles with virus