DALLAS — Straight Outta Compton. By now you’re aware one of the most socially and politically controversial moments in hip-hop is being turned into a movie.

From interviews to the social media movement, there’s been a pretty positive anticipation. That is, until now. In an effort to “keep the peace,” Universal Studios is reportedly offering to pay for enhanced security for theaters screening Straight Outta Compton. 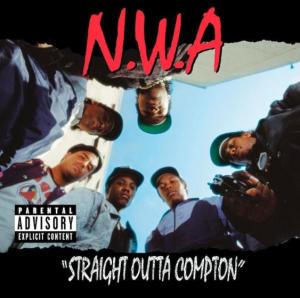 So, a movie based on a group that fights against police brutality and made “F**k the Police” famous is gonna have extra cops to keep the peace. Really?

Hey, might be safe to throw out the race card on this one because some think Universal isn’t working with a full deck.

Why the enhanced law enforcement?

The Wall Street Journal says it was prompted by the recent attacks on movie-goers, the latest Ferguson fallout, and the gang-oriented subject matter in the film.

The movie premiered earlier this week in Los Angeles with heavy security, metal detectors and surrounding streets shutdown. Things were peaceful, but some owners in major cities are taking Universal up on their offer to reimburse them for extra security.