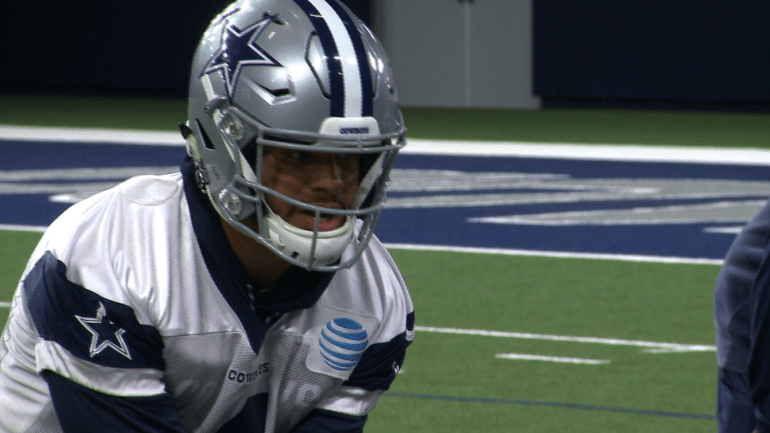 FRISCO — The Cowboys held their final open practice of Training Camp in Frisco, but there was one big time star not on the field.

“We talked a little bit before he left and (I) just sent him ‘good luck’ this morning,” said Dak Prescott. “Not exactly knowing what he’s going through but, my support and just a quick message to him, hopefully, it helped.”

Zeke needs more than “good luck” to somehow get this suspension turned around but Dak says not to worry, the offense will still be able to work without their pro bowl running back on the field.

“I don’t think this offense is going to be much different,” Prescott said. “The way our team is built is kind of the way we played last year. A physical offensive line that wears people down, we’ve got great receivers to go make plays in the passing game and as I’ve said before, no matter who we put in at running back, I think both of those guys [Morris and McFadden] have been Pro Bowlers in their career so it really doesn’t matter.”

Well, McFadden has actually never been to the Pro Bowl, but he is about as good a backup as you could hope for.

Of course, the Cowboys would love to not have to test Dak’s hypothesis on how the team will be without Zeke, but with week one now just 12 days away, they may have to find out soon.

Rockwall defeated Rockwall-Heath 38 - 27 this past Friday. Watch the Clay Cooley Drive of the Game!

Rockwall's Braedyn Locke was the CW33 Player of the Game.

Watch the game LIVE on Friday on CW33-TV or streaming at CW33.com. You can also watch the re-broadcast on Saturday at 2pm on CW33-TV!