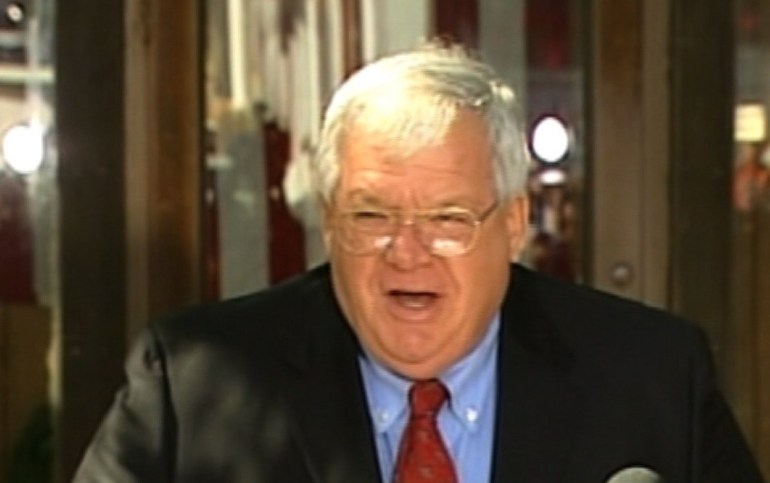 It’s the first name that’s emerged as an alleged victim of abuse at the hands of the former House Speaker since Hastert was indicted for allegedly lying to the FBI about $3.5 million he agreed to pay to an undisclosed person to “cover up past misconduct.”

Jolene Burdge said in the interview that she found out about Hastert’s misconduct when her older brother Steven Reinboldt, who died in 1995, told her in 1979, years after leaving school, that he was gay.

“I asked him, when was your first same sex experience. He looked at me and said, ‘It was with Dennis Hastert,'” Burdge, whose maiden name is Reinboldt, told ABC News. “I was stunned.”

He didn’t tell anyone, he said, because “Who is ever going to believe me?” Burdge recounted.

Hastert was a teacher and wrestling coach in Yorkville, Illinois between 1965 and 1981 before entering politics.

Burdge said Hastert had “plenty of opportunities to be alone” with her brother because he was frequently around during wrestling meets, and was also a member of an Explorers troop that Hastert ran. At one point, Hastert took the group on a trip to the Bahamas.

“[Steven Reinboldt] was there after everything because he did the laundry, the uniforms. So he was there by himself with [Hastert],” Burdge said.

It’s unclear whether Steven Reinboldt is related to the charges in the current indictment against Hastert, however, as that outlines an agreement with an unidentified individual that began with meetings in 2010.

“During the 2010 meetings and subsequent discussions, Hastert agreed to provide Individual A $3.5 million in order to compensate for and conceal his prior misconduct against Individual A,” according to the indictment. Jolene Reinbolt told ABC that she did not know who “individual A” is.

Burdge says her brother passed away of AIDS in 1995, and she maintains she never asked Hastert for money. Burdge did say she was contacted by the FBI two weeks ago asking to speak with her about Hastert.

Burdge said she tried to alert news organizations about Hastert in 2006, including ABC. ABC News said it didn’t run with the reporting because it lacked corroborating evidence.

Coronavirus deaths and cases per day in the U.S. dropped markedly over the past couple of weeks but are still running at alarmingly high levels, and the effort to snuff out COVID-19 is becoming an ever more urgent race between the vaccine and the mutating virus.

The government's top infectious disease expert, Dr. Anthony Fauci, said the improvement in numbers around the country appears to be the result of “natural peaking and then plateauing” after a holiday surge rather than an effect of the rollout of vaccines that began in mid-December.

WASHINGTON (AP) — The Justice Department’s inspector general is launching an investigation to examine whether any former or current department officials “engaged in an improper attempt” to overturn the results of the 2020 presidential election.

Inspector General Michael Horowitz said Monday that the investigation will investigate allegations concerning the conduct of former and current Justice Department officials but will not extend to other government officials.

(NEXSTAR) -- If you tried a summoning charm to conjure up more Harry Potter content, it looks like it may have worked. HBO Max is reportedly in the early stages of creating a live-action show based on the life of Hogwarts alumni.

According to the Hollywood Reporter, it's still way too early to pull out your Hufflepuff house scarf and prepare to tune in. The project is still in an exploratory phase, and no writers or talent have been hired for the project.

Lawmakers threatened ahead of impeachment trial