STEPHENVILLE, TX -- Another dramatic day of testimony in the American Sniper Trial. On day two, jurors were shown some graphic pictures of the crime scene.

They say pictures of weapons, shell casings, and even the bodies of Chris Kyle and Chad Littlefield. 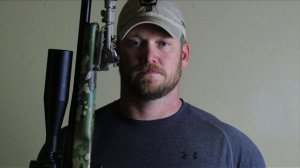 At the Rough Creek Lodge near Stephenville, investigators even found pistols on the bodies of Kyle and Littlefield. Those pistols were loaded with the safety on. The two men apparently never returned fire.

While cops were at the murder scene -- where was Eddie Ray Routh? Prosecutors showed a receipt from a Taco Bell where Routh bought two bean burritos.

Cops caught up with him at his home in Lancaster. A Lancaster officer described trying to talk Rought into getting out of Chris Kyle's truck. He says Routh instead led them on a chase.

Prosecutors are building a timeline of Eddie Ray Routh's actions before and after the murders. Later, it''ll be up to his lawyers to convince jurors that mental illness kept him from knowing right from wrong.

NEW ORLEANS, LOUISIANA-- Through every era, New Orleans has knack for shining through the darkness. As the coronavirus leaves the community socially distanced and at home, the Historic New Orleans Collection offers an opportunity to visit the past from the comfort of your own home through elaborate virtual tours. Lydia Blackmore is the Decorative Arts Curator and also behind the virtual tour entitled, Goods of Every Description: Shopping in New Orleans. Mantel clock, Prudent Mallard.

One of the artifacts on the tour at first glance is not much to look at but it has a story. A mantel clock was made in France and meant to ornament a fireplace mantel. The clock face is a bright white enamel set into a dark wood frame and embellished with inlaid brass, tortoiseshell, and mother of pearl.

TAMPA, Fla. (WFLA) - There's no question the coronavirus pandemic is hitting many businesses hard, but an act of kindness is helping one continue to serve and give back to the community.

Suzanne and Roger Perry, owners of the Tampa-area Datz restaurant group, say they went from having nearly 400 employees to just 27 overnight. They had to decide between completely closing their restaurants or only doing takeout and delivery at a fraction of normal sales.

HOUSTON (WGHP) -- A 5-year-old boy died at the hospital Monday a week after he was shot while recording videos on the balcony of his family's Houston home.

Jordan Allen Jr. was making videos with his dad on the social networking app TikTok when a stray bullet struck him on March 31, according to his family and the medical examiner, KTRK reports.

Stimulus checks coming soon: Calculate how much you should receive

What will the post-coronavirus world be like? Many recall the days after 9/11

CarMax to furlough more than 15,000 associates

Hoarding not the only reason for toilet paper shortage