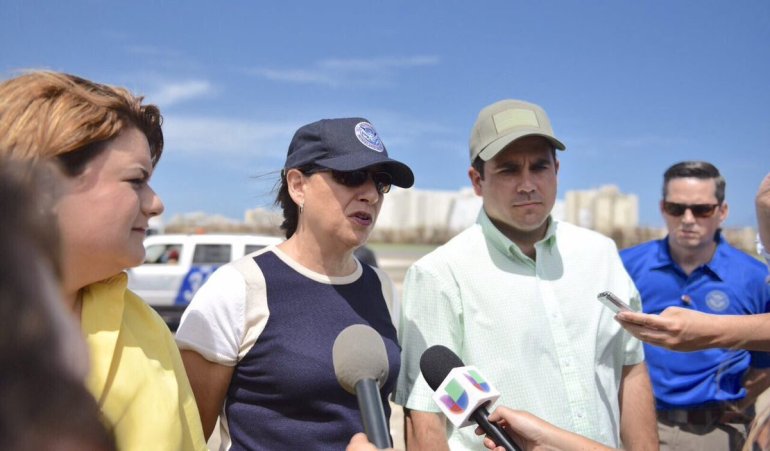 Puerto Rico’s governor is calling for the cancellation of a multi-million dollar contract for restoring power on the island, a contract that stirred up controversy all weekend.

Montana based Whitefish Energy was awarded a $300M contract to help restore power to parts of Puerto Rico, even though the company is only two years old and only had two full-time employees before Hurricane Maria.

The governor says questions about the contract are “interfering with everything” and not helping the island rebuild.

“In light of the information that has come about, with regards to the contracting of Whitefish Energy and in the interest of protecting our public interest,” the governor said. “I have asked the board of the power authority to invoke the cancellation clause in the contract immediately.”

Most of the controversy has focused on the high rates the company is charging for labor, $227 an hour for a lineman.

The rates are even higher for subcontractors which make up most of Whitefish’s workforce.

The company charges $319 an hour for a subcontracted lineman.

This entire situation is unusual, too.

Usually in the wake of disasters or big power outages, mutual aid agreements are arranged to bring in workers that will restore power.

The White House says the federal government did not play a role in hiring Whitefish and that the contract was determined by local authorities in Puerto Rico.

The company said Monday that it will hold its annual Prime Day sales event over two days in October That's because the pandemic forced it to be postponed from July.