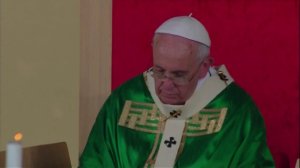 ROME – Pope Francis has declared that the death penalty is never admissible “because it is an attack on the inviolability and dignity of the person,” the Catholic Church formally announced Thursday.

The change, which has been added to the Catechism of the Catholic Church, makes official a position that the Pope has articulated since he became pontiff.

The Church will now “work with determination towards its abolition worldwide,” the Vatican said.

Vatican spokeman Greg Burke said the change was important but had long had been expected.

“The key point here is really human dignity, the Pope is saying that no matter how grievous the crime, someone never loses his or her human dignity,” he said.