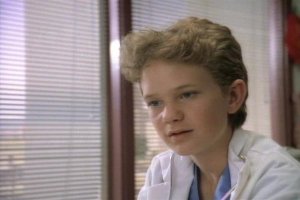 WEST PALM BEACH, Fla. -- A 17-year-old boy must have been watching reruns of the 90s hit, "Doogie Howser." He got busted pretending to be a doctor at a Florida hospital.

And get this, he got away with it for an entire month before anyone noticed.

According to WSVN, the 17-year-old strolled into St. Mary’s Medical Center in West Palm Beach wearing a white coat with “anesthesiology” embroidered on the front.

No one even bothered to question -- who's the new guy?

He was eventually busted while in the examination room with a real doctor.

“He presented himself with a patient of our practice and introduced himself as Dr. Robinson,” said Dr. Sebastian Kent. “The first thing I thought was, ‘I am really getting old because these young doctors look younger every year.'”

Kent called security, who called police. Personnel, even security guards, around the hospital had seen him for weeks and believed he was someone official.

The teen’s mom responded to the scene telling police that her son had an undisclosed illness and he had not been taking his medication.

“The individual never had contact with any hospital patients and did not gain access to any patient care areas of the hospital at any time. The hospital immediately notified local authorities, who took the individual into custody, and we are cooperating with their ongoing investigation.”

Police and the hospital have decided not to charge the teenager.

WASHINGTON (NewsNation Now) — President Donald Trump is set to give a prerecorded address as part of the 75th annual United Nations General Assembly on Tuesday.

Trump told reporters Monday that he'd have a “strong message” for China, but he didn't provide further details.

COLCHESTER, Vt. (NewsNation Now) — A New Hampshire man beat out the rest of the competition in Vermont with a pumpkin tipping the scales at more than 2,000 pounds.

A crane was needed to place the pumpkin onto the scale.

Texas A&M law professor Meg Penrose recounts her own research on the impact Ruth Bader Ginsberg had on the court, the country and what she mean for women in positions of leadership.