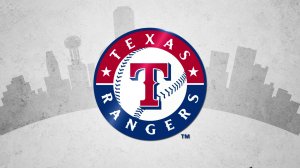 TORONTO, ON — One down two to go: the Rangers take game one against the Blue Jays –final score 5-3.

“We’ve got a group of guys that play extremely well together,” Rangers manager Jeff Banister said in his post game interview.

“We’ve got a good team; they play very well together. They find a way to meet the demands of the game.”

Texas wasn’t afraid to show Toronto how the west is won, but the victory came at a cost. Rangers’ third baseman, and overall team leader, Adrian Beltre, left the game at the top of the third; but not before he pulled off an RBI single that increased the lead.

Adrian Beltre left game with lower back stiffness. Sustained the injury on slide into second base in first inning. Being further evaluated.

Beltre suffered a lower-back spasm sliding into second base during the first inning, and by the looks of it, it was pretty damn painful. This on top of the finger injury he’s already nursing.

Wow, Beltre is a beast. So, you know it pained him even more to walk off the diamond.

“What he did at his last at bat was phenomenal,” Banister said. “You never count him out.” But, Beltre’s injury might keep him out of game two. The club is still waiting on official word from the team docs.

The Rangers would rally and keep their early lead, the momentum continued with two home runs. Thank you, Robinson Chirinos and Rougned Odor.

Hey, talk about ‘never ever quit.’

“They don’t really listen to what’s being said about them. They just want to go out and play baseball,” Banister said.

Game two in the ALDS series against the Jays continues Friday.