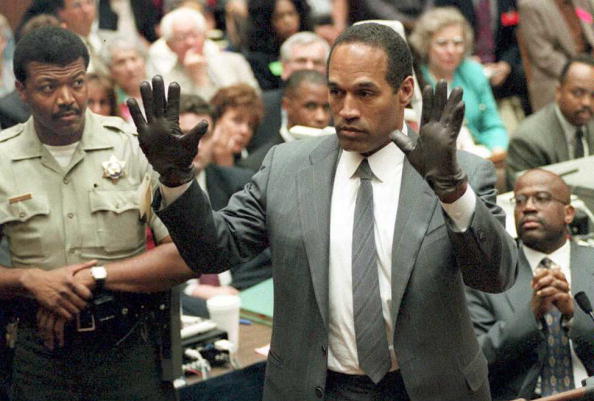 See for yourself. Do you think the all-star cast can pull this off?

Rather than focus primarily on the courtroom dealings, we all know how that ended, show creator Ryan Murphy says the drama will be focused more on the lawyers and the behind-the-scenes maneuvers that transformed the case into a legendary event.

(NEXSTAR) — A plumber in Houston claims to have found “about 500” envelopes full of cash and checks inside a wall at Joel Osteen’s Lakewood Church.

Investigators believe the find may have something to do with a 2014 theft at the megachurch, police confirmed.

COLORADO SPRINGS -- On Friday, Dec. 3, the El Paso County Sheriff's Office tweeted a photo of Santa Claus receiving his concealed carry permit. However, it quickly started receiving hundreds of comments from people who said they considered the tweet insensitive, given the recent Michigan school shooting.

The office later responded saying the tweet was never meant to be insensitive, but that it was intended to highlight the hardworking staff, adding that Santa correlated to December.

PONTIAC, Mich. (NewsNation Now) — The parents of the teenage suspect in the Oxford High School shooting were arrested overnight in Detroit, police confirmed to NewsNation. The couple pleaded not guilty Saturday to involuntary manslaughter charges.

Judge Julie Nicholson assigned bond of $500,000 apiece to each of the parents and placed other requirements such as GPS monitoring, agreeing with prosecutors that they posed a flight risk.

Secret Santa, wrapping gifts ranked as the worst parts of the holidays

Winter feel warmer lately? In these places, it really is

Scientists call omicron ‘most mutated virus we’d ever seen.’ Why does that matter?

‘America’s Got Talent’ contestant dies of COVID-19 at 30: report

Officials tell transgender student to not use public restrooms

Partly Cloudy Precip: 2%
Close
You have been added to Daily News Newsletter