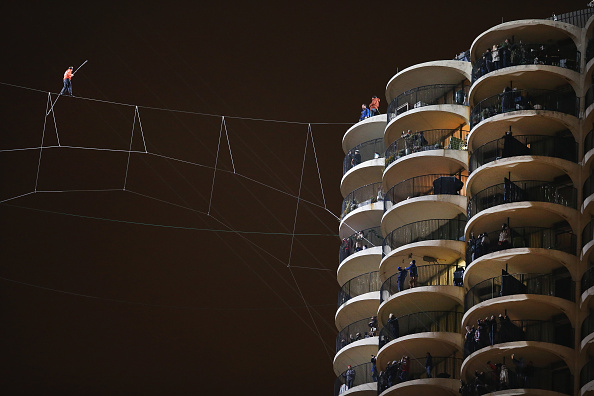 CHICAGO, Illinois — And that’s a wrap! Nik Wallenda’s skyscraper stunt was a success.

He walked a tightrope 600 feet above the Chicago River Sunday night — not once, but twice. The second time around  he did it blindfolded. 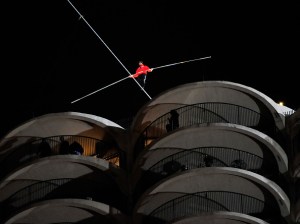 Hundreds of thousands of people cheered the daredevil on as they crowed near the Marina City’s west Tower and the Leo Burnett building… or crowded near the TV screen watching it unfold live on the Discovery Channel.

This was the latest feat for the man who’s crossed Niagara Falls and parts of the Grand Canyon on a wire.

The question now… what stunt does he have up his sleeve next?!