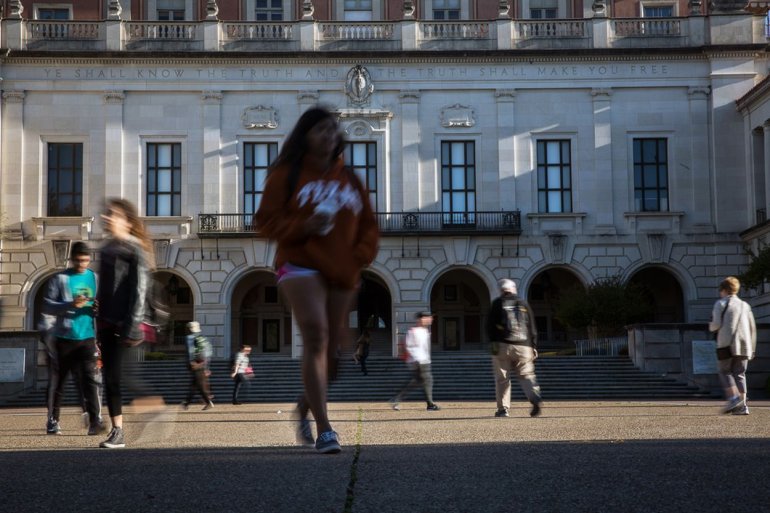 State Rep. John Raney, R-College Station, represents a district flush with college students and considers higher education one of his legislative priorities. So it was “shocking” for him to learn that no Texas law prevented sex offenders from living in campus dorms — and even more upsetting when a constituent came to his office to tell him that at her out-of-state college, she had been forced to live down the hall from a student who had sexually assaulted her the year before.

Raney’s response to that shock — House Bill 355 — was implemented Sept. 1, prohibiting most registered sex offenders from living in dorms on private or public college campuses. The law goes into effect as schools across the country look to combat the epidemic of campus sexual assault, and it passed unanimously during a session when the issue was addressed in many legislative measures. HB 355 allows universities to determine whether some low-risk offenders may live in dormitories.

The new law codifies longstanding policy at many of the state’s biggest universities, some of which have prohibited sex offenders from living on campus for more than a decade. Still, some say the law is unlikely to make major strides in preventing campus assault.

For one thing, it targets a small population: Of the roughly 1.5 million college students in Texas, fewer than 700 are registered sex offenders, according to the Texas Department of Public Safety. And Mary Sue Molnar, executive director of Texas Voices for Reason and Justice, a group that advocates for registered sex offenders, said she doubts any registrants would even want to live in campus dorms, given the intense stigma they face already.

“It’s just another way to make people feel safer,” Molnar said. “But it’s not actually going to do anything as far as public safety.”

“We know the vast majority of rapists have not been previously criminally adjudicated.  So, this raises the question how much impact a bill like this could have,” Rutherford said.  “We also know there’s a lot of work to be done to prevent sexual violence, regardless of whether registered sex offenders are allowed on campuses.”

Still, said Austin McCarty, legislative director for Raney, “it was a good idea to set a statewide standard.”

The Texas Department of Public Safety, which maintains the statewide sex offender registry, also maintains an online listing of all sex offenders enrolled at colleges and universities.

“This legislation provides college administrators and institutions with discretion to better protect students where they may be vulnerable, particularly in a place of residence,” said Sen. Dawn Buckingham, R-Lakeway, the bill’s Senate sponsor.

While the law keeps sex offenders out of campus dorms, it does not prohibit them from living in privately-owned lodgings close to campus. At the University of Texas at Austin, for example, sex offenders would not be kept from living in private dorms like the Castilian or Dobie Twenty21. Some sex offenders face individual restrictions set in the terms of their parole agreements, but these are not standardized, and most commonly include “child safety zones” near places where children commonly gather.

Whata-generic looking building: Whataburger is changing their building design and some people aren’t too happy