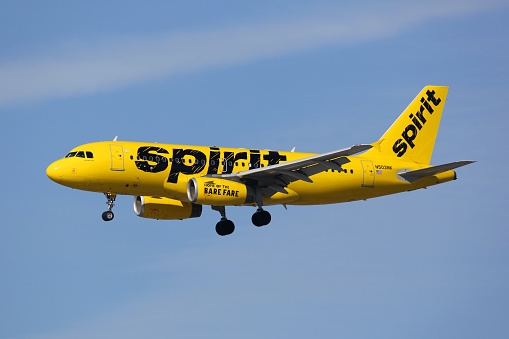 LAS VEGAS – A Spirit Airlines flight departing from Las Vegas was delayed thanks to a passenger who removed all his clothes while boarding.

“He removed his clothes and then approached a flight attendant,” airport spokesman Chris Jones says to NBC Las Vegas. “Metro officers were called and he was given medical attention.”

According to the McCarran International Airport, police and medical responders took the passenger in for observation and received treatment after the episode.

The flight, which was headed to Oakland, was delayed by about 30 minutes and arrived 20 minutes behind schedule.

WASHINGTON (AP) — President Joe Biden is set to announce a wide-ranging moratorium on new oil and gas leasing on U.S. lands and waters, as his administration moves quickly to reverse Trump administration policies on energy and the environment and address climate change.

Two people with knowledge of Biden’s plans outlined the proposed moratorium, which will be announced Wednesday. They asked not to be identified because the plan has not been made public; some details remain in flux.

Two doctors were found fatally shot in a building that NewsNation affiliate KXAN identified as Children’s Medical Group, a pediatric doctor’s office. One is believed to be a victim who worked at the office, while the other is being considered a suspect, KXAN reported.