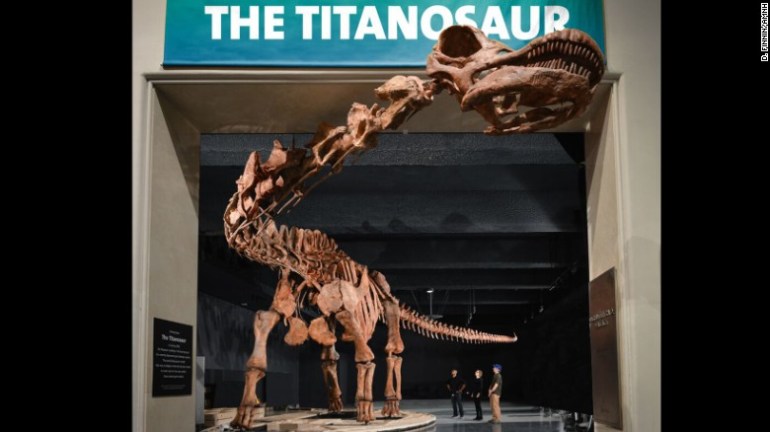 This baby puts those dinos in “Jurassic Park” to shame!

The newly-discovered 122-foot-long dinosaur goes on display Friday at the American Museum of Natural History in Manhattan.

Ladies & gentlemen, we are proud to present the #Titanosaur, the Museum's largest dinosaur: https://t.co/4jT2kAfvTb pic.twitter.com/yxK68xPkXP

This thing is big, it can’t even fit in the gallery space. Part of its 39-foot-long neck will extend through the entrance area’s roof to greet visitors. 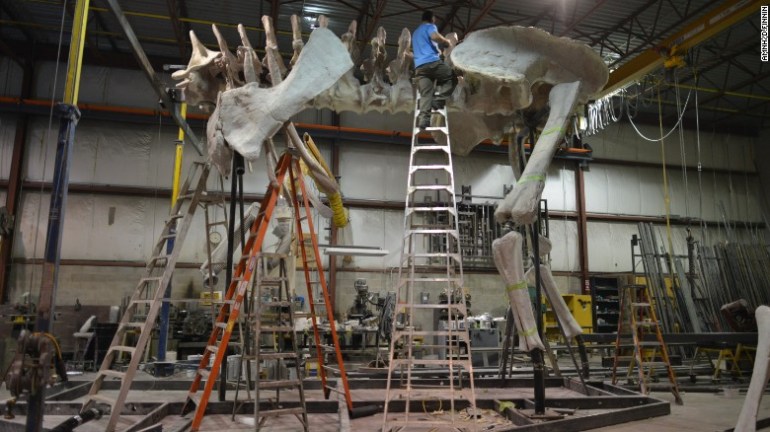 The mysterious dinosaur was discovered in the Patagonian desert region of Argentina in 2014. Based on its characteristics, it was placed in the titanosaur group, which is known for its giant lizard-like appearance.

At the discovery site, scientists unearthed more than 200 other fossil bones belonging to six individuals of this new species. 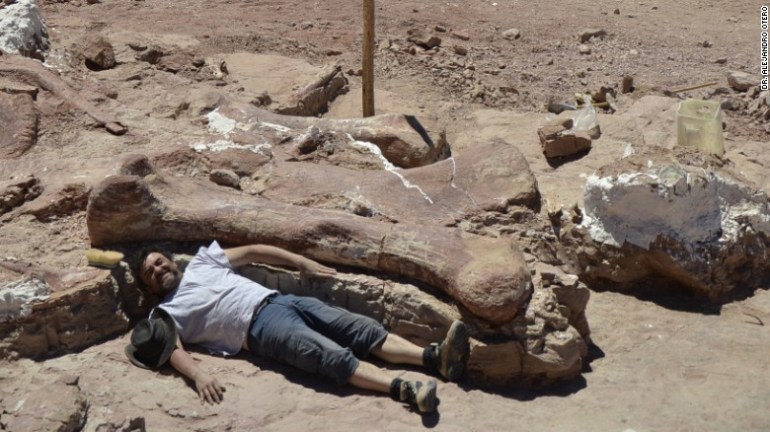 Scientists calculate these giant herbivores weighed around 70 tons, which is about 10 African elephants.