UPDATE: Addison police have withdrawn a capital murder warrant issued for Luz Aurora Granados-Reyes after the Collin County Medical Examiner said he cannot prove her baby was alive when it was delivered in a hotel bathroom. The Dallas County Sheriff’s office has been notified that the arrest warrant has been recalled and Ms. Granados-Reyes can be released. 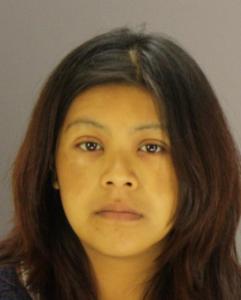 Paramedics were called to the Hotel Intercontinental in Addison early Sunday morning when an employee reported a maid in labor in the employee locker room.

According to the arrest warrant, paramedics found Luz Granados-Reyes sitting on the toilet with the umbilical cord still attached and the baby “completely submerged in the toilet water.”

“Granados-Reyes made no attempt to remove the infant, provide aid or call 911 assistance,” the arrest warrant stated.

Both were rushed to Texas Presbyterian Hospital where the baby was pronounced dead. Doctors estimate she was 30 to 32 weeks in gestation.