MESQUITE -- Resistol Arena in Mesquite is not just for rodeos.  We've seen it host ArenaCross motorcycle races and, starting Saturday, it'll be home to professional football!

That's right - the Mesquite Marshals are getting ready to kick off their very first season.

But first, the building had to be ready.  That meant leveling the dirt, adding tons of turf. "And then we have the boards we have to put up, then we have the pads we put up," Marshals head coach Larry Hendrix said.  He should know - he helped lead the work crew that converted the place!

"We get out here and we'll grind and do everything that needs to be done," the coach said of his dual roles.  "It's the working man's team."

That team will play on a 50-yard field, with boards instead of sidelines.  That'll make for some pretty intense games!

"It's more than just football," said defensive end Nathan Jackson. "It's organized chaos.  It's like bulls in the ring."

All that action will be cheered on by the Darling Deputies - the Marshals' cheerleaders.

"We've been practicing since August.  Really intense training," said Selina Flores, who was front-and-center for the group at Thursday morning's practice. "We've danced on this arena as dirt and now it's here, it's becoming a stadium.  We're just imagining a huge crowd."

Of course, the arena isn't the only new home to pro football... So is CW33! 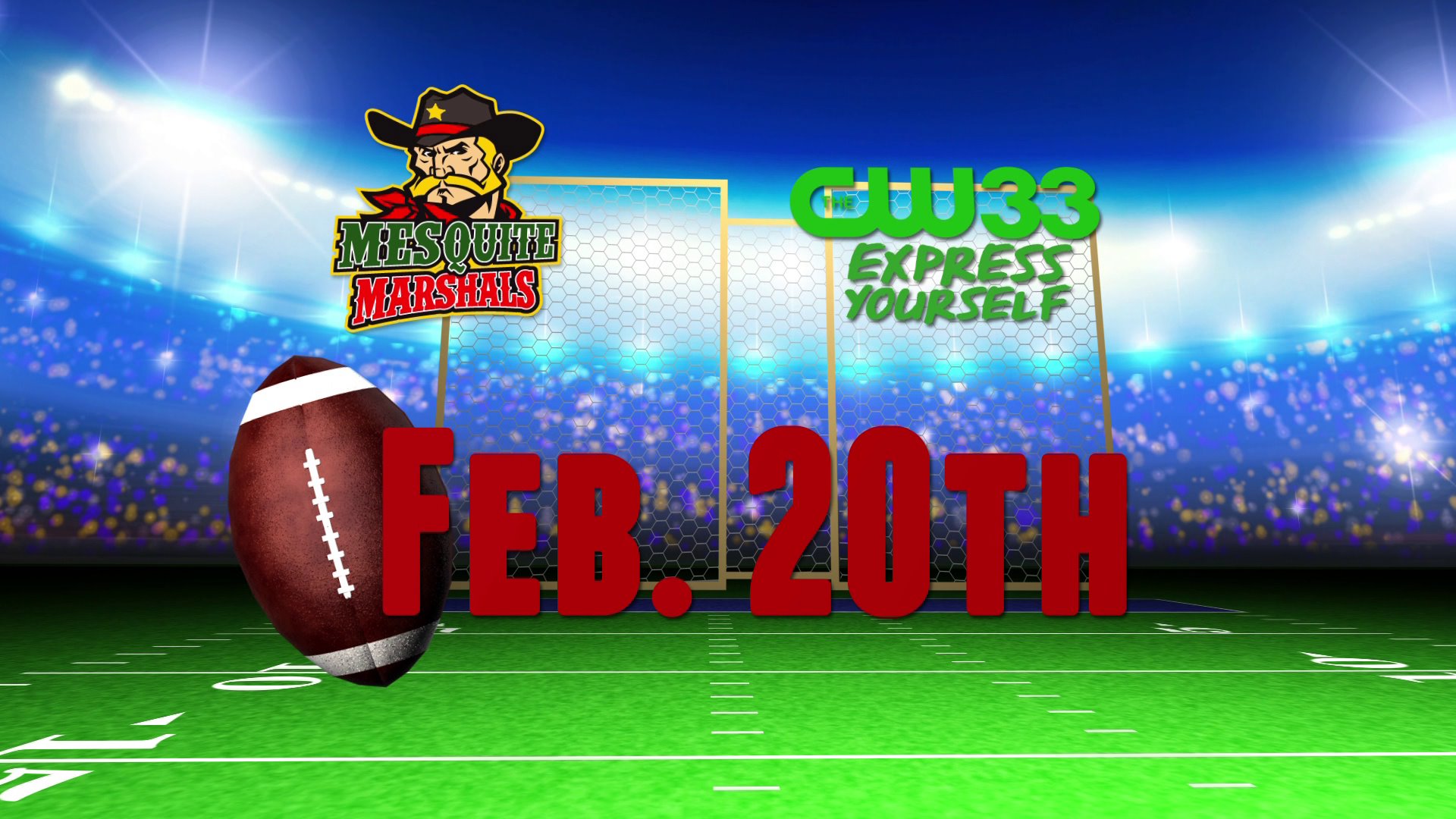 Yep, watch the Marshals play on CW33 starting this Saturday, then stick around for NewsFix right after!  Talk about a win-win!

"On CW33, watch your Mesquite Marshals pretty much demolish whoever we step on this field with," said Coach Hendrix.

"No football going on anywhere else.  This is it," said Jackson. "Don't forget to be there."