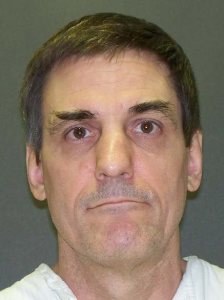 His attorneys say he is too mentally ill to be put to death.

Panetti’s case has sparked debate for years over whether the state can execute someone who is severely mentally ill.

During his trial for the 1992 slayings of his mother and father-in-law, Panetti represented himself — dressed in a purple cowboy outfit — and called Jesus, John F. Kennedy and the Pope to the stand.

The now-56-year-old was convicted of shooting them to death at close range, in front of his wife and daughter.

Panetti’s lawyers say he’s suffered from schizophrenia for 30 years, and he was hospitalized for mental illness numerous times before the murders.