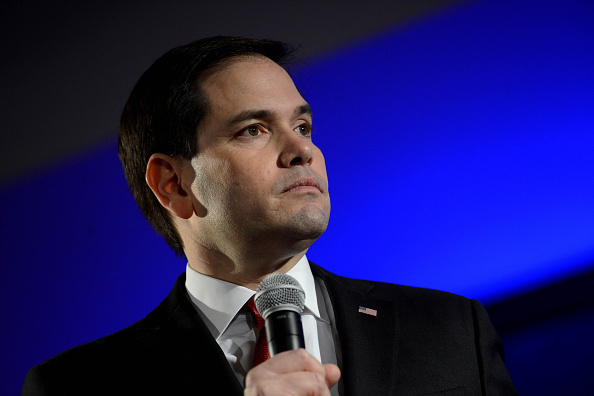 Another one bites the dust. Marco Rubio is dropping out of the presidential race after losing the Florida primary to billionaire front-runner Donald Trump.

“America is in the middle of a real political storm, a real tsunami and we should have seen this coming,” Rubio said in Miami Tuesday. “While we are on the right side, this year, we will not be on the winning side.”

Rubio’s decision to end his campaign comes on a night of crucial primaries in which Trump is striving to tighten his grip on the Republican nomination.

The contests in Florida, Ohio, North Carolina, Missouri and Illinois represent one of the last opportunities for the party’s establishment to mount a credible campaign to stop him and avoid a fight at the convention in July.

In the other big prize of the night — Ohio — John Kasich has won, according to a CNN projection.

On the Democratic side, Hillary Clinton has won the North Carolina and Florida Democratic primaries.