DALLAS – A man with a mask, two loaded handguns and two clips was arrested outside the Dallas Southwest Patrol Division on Wednesday around 2:50 pm.

The suspect, identified as a Hispanic male in his mid 20s, was driving a black Dodge Durango and was immediately stopped at the front entrance of the building by police. 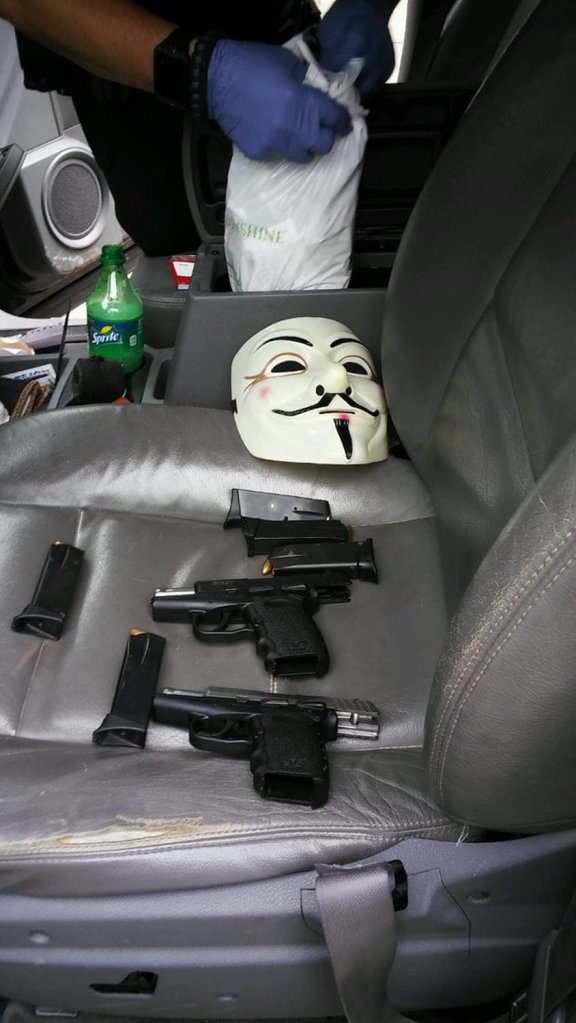 The man began to ask questions and make statements that led officers to take him into custody for a mental health evaluation.

After being taken into custody, the suspect admitted to having weapons in his vehicle.

The suspect is still being questioned with charges pending.

This story is still developing.