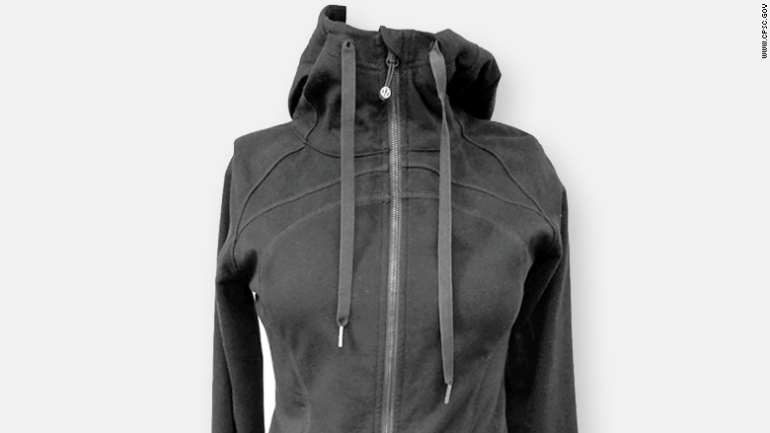 DALLAS — Another wardrobe malfunction from Lululemon. This time, it doesn’t have anything to do with see-through yoga pants. Instead, the recall centers around tops that could be dangerous to your health.

“When the elastic draw cord with a hard tip in the hood or around the neck area is pulled or caught on something and released, it can snap back, impact the face area and result in injury,” said the Consumer Product Safety Commission.

The CSPC said there were “seven reported incidents, resulting in seven injuries to the face and eye.”

The tops cost from $75 and $260 and were manufactured in Bangladesh, China, Indonesia and Peru.

In 2013, the company pulled certain yoga pants from its stores because they became transparent when the wearers bent over.

WASHINGTON (NEXSTAR) -- President Donald Trump is repeating his claim the United States has more coronavirus cases than any other country due to "bigger and better" testing. While the president is correct about the U.S. conducting more COVID-19 tests than any other nations, many of the world's top health experts aren't in agreement that the high case number correlates directly to the numbers of tests.