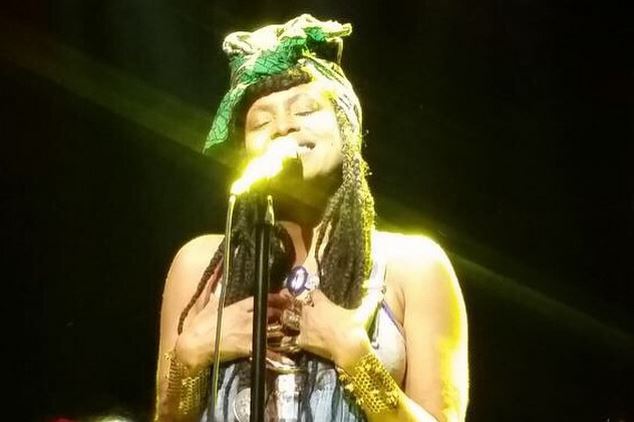 DALLAS — Erykah Badu can make you put your phone down, and’s she’s got a new song to back it up. The Big D’s biggest star just leaked Phone Down from her upcoming mixtape, But You Can’t Use My Phone.

Get your incense ready. Ms. Badu tweeted that the UFO in Cali over the weekend was her mixtape arriving…

Turns out mysterious UFO over Los Angeles was only Badu mix tape bought to drop… pic.twitter.com/4ha5rKHJZX

The new track comes less than a month after she dropped a hilarious neo-soul cover to Drake’s “Hotline Bling.”

“He’s an inspiration to me,” Erykah told The Fader. “Sonically, he’s in a place where I want to be. It’s halfway between where I was and halfway to where I am now. If I want to come out and do something, I will try and raise myself to his bar or channel myself to his frequency.”

Check out Phone Down. What do you think?