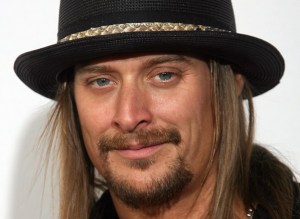 Kid Rock is reeling from the death of his personal assistant, Mike Sacha, who died in an ATV accident.

“I am beyond devastated to report that my personal assistant Mike Sacha passed away today in an ATV accident here in Nashville,” the rocker wrote in a note posted on his website. “He was a member of our family and one of the greatest young men I have ever had the pleasure to not only work with, but also to become friends with.”

According to a police statement, Sacha had driven two people who had attended a cookout at Kid Rock’s home down the driveway on the Nashville property to meet with an Uber driver at midnight on Monday. While riding the ATV back toward the home, Sacha appears to have lost control of the vehicle and crashed.

Kid Rock, whose legal name is Robert Ritchie, began looking for Sacha the next morning and he and a friend discovered Sacha’s body on an embankment.

Kid Rock said he decided to post about Sacha’s death after media inquiries into whether the star had been in an accident.

“I know I speak for us all in sharing my deepest condolences to his family,” Kid Rock wrote.