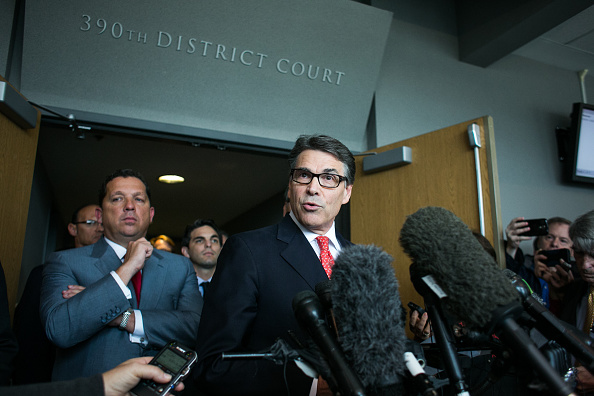 AUSTIN, TX — A judge on Tuesday rejected former Gov.Rick Perry’s attempt to throw out a two-count indictment against him, saying it’s too early in the case to challenge the constitutionality of the charges.

The Texas Tribune reports, Perry’s attorneys immediately filed notice that they will appeal the 21-page ruling, which was issued Tuesday afternoon by Bert Richardson, a Republican; the appeals process could take months. The appeal will be considered by the Texas 3rd Court of Appeals.

Perry was indicted on Aug. 15 over allegations he abused the power of his office by threatening to veto funding for the state’s public integrity unit unless Travis County District Attorney Rosemary Lehmberg, who had pleaded guilty to drunken driving, resigned. The public integrity unit, which is charged with investigating and prosecuting state corruption, is housed within the Travis County District Attorney’s office.

Lehmberg, a Democrat, refused to step down. Perry later made good on his threat, vetoing the approximately $3.7 million per year budgeted to fund the unit. 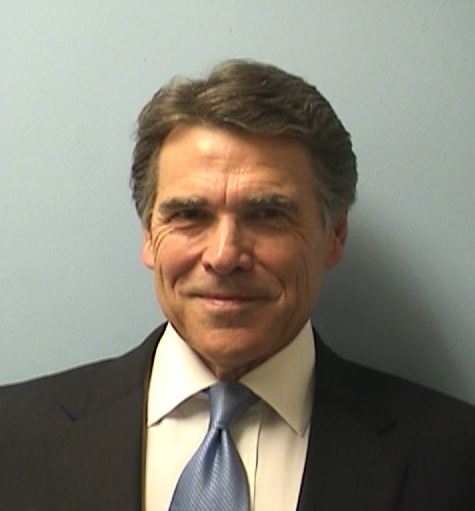 Attorneys for the former governor – a Republican who has all but declared his candidacy for president — have been trying to get the two-count felony indictment thrown out. Perry’s attorneys have argued that the indictments — one count of abusing official capacity and one count of illegally coercing a public servant — violate both the Texas and U.S. constitutions.

“Texas law clearly precludes a trial court from making a pretrial determination regarding the constitutionality of a state penal or criminal procedural statute as that statutes applies to a particular defendant,” Richardson wrote.

However, the judge agreed with Perry’s attorneys that the second count of the indictment – coercion of a public servant – did not “sufficiently” explain why Perry’s actions were not protected because he was acting in his official capacity as governor.

Rather than dismissing this count, the judge said state law allows prosecutors to amend that count and he granted them permission to do so.

“Governor Perry acted lawfully and properly exercised his power under the law as governor to protect the public safety and integrity of government,” Buzbee said in a statement. “Continued prosecution of Governor Perry is an outrage and sets a dangerous precedent in our Democracy.”

Richardson was tapped in 2013 to preside over the grand jury investigation. Last November, he was elected to the state’s highest criminal appeals court, the Texas Court of Criminal Appeals, but can legally continue to preside over the former governor’s criminal case. Richardson has said he will recuse himself from an appeal should the case reach the Texas Court of Criminal Appeals.

“I think it’s the right ruling in many ways,” said McCrum. “I think the judge showed a lot of wisdom through the complex allegations made by the defendant.”

Last November, Richardson rejected Perry’s attorneys’ efforts to get the indictment thrown out on a technicality. They argued that the special prosecutor in the case wasn’t sworn in properly. Richardson, who swore in McCrum, ruled that the San Antonio lawyer had been sworn in correctly.

Philip Hilder, a Houston-based criminal lawyer, said he would have been surprised if Richardson had dismissed the indictment at this point.

“At this stage of the proceeding, it’s rare to get an indictment kicked out,” Hilder said. “To do so would have been extraordinary.”

EL PASO, Texas (KTSM) - As the week that would have been most students' Spring Break comes to a close, many Texas teachers are left wondering what's next for their students.

It was that overwhelming feeling of sadness that led fifth-grade Horizon Heights teacher Leslie Gonzalez to develop a plan to reconnect with her students in person, while still practicing social distancing.

Don’t Judge Me? Chris Brown gets real about Rihanna assault in documentary