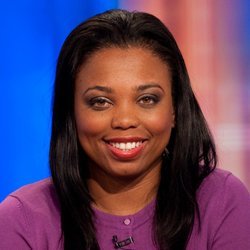 ESPN host Jemele Hill announced on Twitter that Friday is her last day at the network she has worked at for 12 years.

“When I started at ESPN in 2006, I had no idea that such a wonderful journey would take place over the next 12 years,” Hill said in a tweet on Friday. “However, the time has come for me to begin a new chapter in my life.”

Reports surfaced last month that Hill was leaving ESPN, but her tweet on Friday marks the first time she confirmed the news.

“Jemele is an exceptionally talented writer, storyteller, host and commentator whose unique voice has made ESPN’s many platforms better over the last 12 years,” said Connor Schell, ESPN’s executive vice president of content.

Hill’s tenure at ESPN was at times a turbulent one. She was sharply criticized by the White House for calling President Trump a “white supremacist” in a tweet. Hill eventually apologized for her comments.

Hill was at the center of another controversy soon after for comments she made on Twitter about Dallas Cowboys owner Jerry Jones and the NFL. ESPN suspended her for two weeks for violating the network’s social media guidelines.

Hill left her post at SportsCenter earlier this year to become a senior correspondent and columnist for The Undefeated, the ESPN’s site that covers the intersection of sports, race and culture.

Valentine’s Day is all about showing your spouse you appreciate them, but it can be challenging to come up with a good gift idea, despite the many options.

The best creative Valentine’s Day gifts are unique ways to show you care.

Valentine’s Day is the perfect opportunity to show your sweetheart how much you care, and with a little thought, you can find the perfect gift.

Santa is real, police say after RI girl asks for …

Santa is real, police say after RI girl asks for …

Here are the key changes the College Board is making …

The best one-stop shop in Dallas

Houston cantina has the best chips & queso in Texas