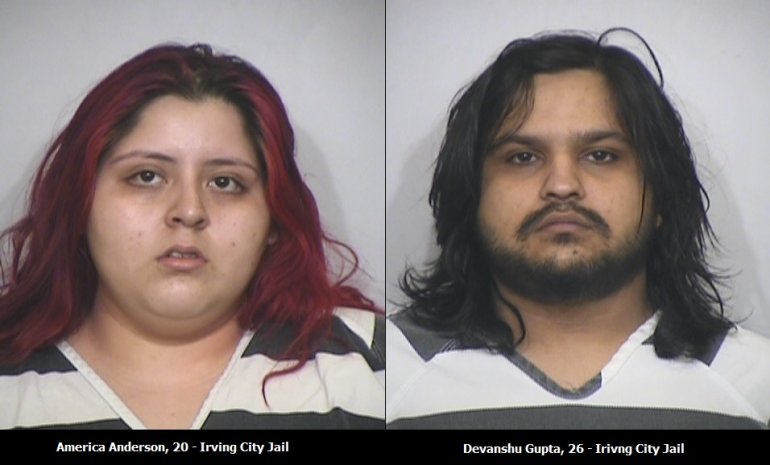 IRVING – Irving police have made two arrests as they investigate human trafficking taking place over the past few months in south Irving. America Anderson, 20, and Devanshu Gupta, 26 were arrested Sunday afternoon after officers responded to a call regarding a victim escaping a ‘prostitution enterprise’ in the 200 block of Rolston Road.

Police say the victim, a young adult female, was kidnapped from California and brought to the south Irving home against her will. She was forced into prostitution by Anderson and Gupta, who advertised the services on websites, then took the victim to various motels to meet with customers.

At the same home, police found a second victim, a juvenile female who was also being held against her will and forced into prostitution. Responding officers identified the two suspects as they left the home with the younger female victim. Both were taken into custody.

“We don’t talk about it.” Growing up Latino and gay.